My brother and I were both POA for Mom. Mom had it changed after Dad passed in 1998 and our brother had convinced Mom he was executor of Dad’s will and she had to sell the house and divided all the CD’s so each of the kids got their share. When Mom discussed the sale of the house with sis and me, we had her get the copy of Dad’s will. Mom was the executor and the sole heir as Washington is a community property state. After our brother had stolen a lot of Dad’s guns and other stuff from Mom, she had a new POA drawn up in 1999 with both of us as POA. I didn’t learn of it until 2002 when she went to Maine with my sister for a three month stay. Mom handed me her check book and said to pay her bills while she was gone. When I told her I didn’t sign on her account so I couldn’t do it she pulled out the POA papers and said just take them to the bank, which I knew could be done after working in banking for seventeen years. Then in 2003 just after I had a heart attack, Mom wanted her will changed because she didn’t trust our brother and she wanted things done her way instead of what Dad had wanted years earlier when they had their wills made together. I had always helped Mom and Dad with investments and getting the best interest rates since I was in banking. In the fall of 2006, mother’s dementia was getting worse; and while cleaning house, I organized her desk and put everything in file folders so she could easily find her papers. A couple of weeks later, our brother made his every six month visit to Mom. She was so proud of the organizing I had done for her. She showed our brother and included the portfolio of her investments. When he saw how much money she had “all hell broke lose”. He conned my daughter with lies and greed. Here is where I must say….my brother is a sociopath. He talks in a low monotone voice, very soft spoken, proclaims to be a church going Christian, and professes to everyone that he is doing what he has to, to protect his mother. He doesn’t have a conscience and lies thru his teeth and doesn’t see anything wrong with it. Two weeks later he showed up for Mom’s neurology appointment. At that point, the doctor announced to me, my brother and my daughter that Mom was not capable of making any medical, financial or life changing decisions on her own. That very afternoon after I took by granddaughter home for a nap, he took mother to the bank and had his name added as co-owner with rights of survivorship to her accounts.

The two of them started a campaign to keep me shut out of mothers’ life. Because Mother was becoming in need of assisted living, he started a campaign of moving her to Spokane, WA where he lived – 125 miles from where Mom had lived for 28 years. She had a lot of friends as she had worked at senior meals for over 20 years. Besides me and my husband, she had four grandchildren and eight great-grandchildren here with many friends and neighbors.

After months of battling and having three of my four children turned against me because of my brothers’ lies, Mother was moved to Spokane in March of 2007, after my brother threatened to kill me if I interfered with his plans for Mother. It wouldn’t be the first time he tried something like this.

One of my sons bought Mom’s house and while I was out of town they had a yard sale and sold Moms’ belongings. What they didn’t sell was brought to my house and dumped while I was gone.

In July of 2007, my sister arraigned to come from Maine and bring Mother to my house for a weeks visit. After the first few days, we noticed Mom was in a deep depression and rapid failing health. (When the assisted living home gave us her medications we noticed all of her vitamins and supplements that doctors had put her on over the past five years were missing). We immediately took her back to her old neurologist and he was upset to say the least. She had lost over eight pounds and had rapid memory loss in just four months due to the depletion of nutrients and being locked away from cognitive people. He then re-iterated his comments about her not making financial or life changing decisions. At that point I asked if he was willing to put that in writing. He just said “you can pick-up the letter in the morning”. Comments were made about seeking protective help for mother thru the legal system. On our way home we stopped by the County Prosecutors office and were told that we needed to file a retraining order against our brother for Mom (and I would have to sign for Mom with a copy of the POA that I had at home), and we needed to find an attorney to file for guardianship to protect Mother from further harm. We were told that this is the same scenario that they see in adult abuse cases on a regular basis.

When our brother found out that we had filed for guardianship, he ran to his lawyer and filed a few days later, which in the state of Washington is illegal if you know a case has already been filed. The guardianship case was sent to the Spokane courts by the court commissioner because he didn’t know any of the people involved, and Mom had lived in Spokane for four months (not mentioning the 28 years she lived in Asotin previous to that day.)

From there we were referred to a Spokane attorney, which we later find is part of the “lawyer-guardian fraternity”. We were then persuaded to agree on a court appointed guardian for mother. This was the biggest mistake we ever made. We never realized the lengths of theft, threats, and abuse these people impose on not just the incapacitated but the whole family in general. It is impossible to get another guardian as this “lawyer-guardian fraternity” is known by outside attorneys as “The Legal Mafia of Spokane County”. So here we are three years later still fighting for Mother’s rights and her guardian is letting our brother “run the show” when it comes to Mothers’ health care, causing her harm on a daily basis.

To Mothers’ own detriment, she is afraid of our brother and has always stuck up for him and all the evil he has done during his life-time, in fear of what he may do to her next. 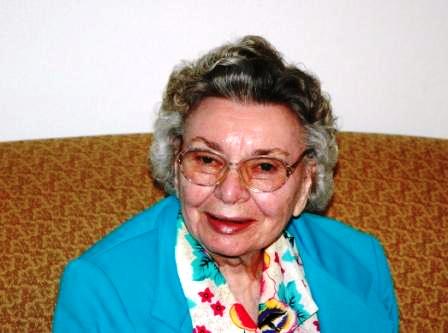