Marcelle Halpern was formerly known as Thérèse Esmée DeHeeckeren d’Anthès, descendant of Baron Georges d’Anthès, the French officer who most regrettably shot the great Russian writer Pushkin in duel, in 1837. For three years, Marcelle was kept under atrocious conditions by a highly paid retinue of greedy heartless mendacious accountants and attorneys, all of them unrelated to her. Marcelle’s crime? She listened to her husband, and signed a power-of-attorney form in favor of his accountant.

Her faithful helpers, Roger and Jeannine Mahe, who had a relation with Marcelle going back to 1962, were harassed and insulted until they resigned. Seven licensed nurses were fired, either for not paying kickbacks, or for refusing to commit perjury–as charged in a sworn affidavit by one registered nurse–or for objecting to the absurd orders of the accountant or his agent, Mr. Jerome Kelly.

In 2007, Marcelle’s stepson and then her only relative, Matteo Halpern Bojanovich, left the peace and quiet of his farm, and moved in with his parents, Dr Mark Halpern and his second wife Marcelle. Matteo hoped to rescue his parents from their accountant, who paid himself $20,000 per month and charged Marcelle unknown hundreds of thousands for legal fees paid to his lawyers. Saving his parents became Matteo’s full time job, which cost him hundreds of thousands in legal fees. In February 2008 he petitioned to be Marcelle’s guardian. Some coordinated false witnesses appeared in front of court-appointed evaluator, the attorney R. Brent English. The witnesses were not sworn. The accountant gave different stories in a sworn affidavit and in his unsworn testimony. The words of the witnesses were quoted in court, but none was ever presented in court, to avoid cross-examination.

After the extremely negative report of Mr. English, Matteo’s attorneys told him that he did not have a chance to be named guardian, and that the alternative was an even greater evil, the arrival of a court-appointed “elder shark”, an attorney who preys on old folks. Matteo was thus forced to withdraw his petition to be guardian and agree to allow the accountant to remain in charge. A settlement and an agreement for the care of Marcelle were signed in 2009, in which were included most of Matteo’s demands for the care of Marcelle.

When Matteo was informed that Marcelle was refused the decent treatment promised in the Settlement Agreement, and returned to New York to re-open his guardianship case. A fired nurse, Ms. Pamela Reid, who had long been concerned about the care of her former patient, applied to be named Marcelle’s guardian, and Matteo answered that he should become guardian himself. His task was much easier now, since all of the accountant’s false witnesses had been fired. Even better, the handler of the false witnesses, Mr. Jerome Kelly, was accused, in a sworn affidavit, of receiving kickbacks from his employees. He was even accused of demanding that a nurse falsely accuse an aide of abusing Marcelle.

On July 21 Matteo met Ms. Kramer for the first time, and explained to her that he wanted to hire doctors and specialists to improve his mother’s medical care. Ms. Kramer told Matteo that there was no money for doctors. When Matteo said he would pay, Ms. Kramer became strangely hostile. Matteo’s lawyer wrote to Justice Singh asking for clarifications on the power of the two guardians to hire doctors. Ms. Kramer wrote to Justice Singh that Matteo’s concerns over the health of his mother were “histrionics”. The judge did not respond to Matteo’s concerns over the health of his mother, who was choking on her food and drink every couple of days.

Hearing that Matteo was repairing the house, that he was saving much money to Marcelle by shopping downtown, that he was paying Marcelle’s bills, and was hiring and paying doctors, Ms. Kramer decided to evict Matteo using the Big Lie technique. It worked beautifully, once again. On August 17 Kramer and Greig advised Justice Singh that Matteo “has a financial interest in the early demise of Ms. Halpern” and that precautions are being taken to prevent Matteo from poisoning his mother. Ms. Kramer reported to Justice Singh “a very tense and strained atmosphere” and “a great deal of hostility between Bojanovich and the caretakers.” Matteo was then evicted and forbidden to visit his mother.

Not one of the sources of information of Ms. Kramer was named. Matteo presented to the court documents proving that Ms. Kramer had perjured herself in regard to the poisoning suspicions and other charges. Three registered nurses who had together spent 19 months working for Marcelle, appeared in court to defend Matteo from the absurd and previously unheard charges; they were not allowed to testify.

The judge said that he had to give serious consideration to Ms. Kramer’s anonymous hearsay because Ms. Kramer had the full support of four reputable court-appointed attorneys. All four of them were of course charging Marcelle’s bank account. Only one nurse aide was allowed to testify, and she denied the charges made by Ms. Kramer, and asserted that Marcelle often asked for her son, whom she usually called “le Petit”, or “the Little One.”

The other aides have been prevented from testifying by Ms. Kramer, because Ms. Kramer ignored their request to be allowed to go to court for two hours, leaving the second aide to watch Marcelle. The only witness presented by Ms. Kramer was “geriatric care manager” Ms. Woitach, who testified that she has an “amicable” relation with Matteo. She did not even suggest that she or any nurse or aide was or had ever been afraid of Matteo. The one complaint made by Ms. Woitach was that Matteo was “not a team player.”

Marcelle’s major problem in 2010 was no longer petty harassment, it was drug abuse, resulting in a situation much worse than it was in 2008. Medications not approved for vascular dementia, Marcelle’s condition, were imposed by doctors not mentioned in Marcelle’s medical records. Three doctors consulted by Matteo, and asked by him to visit Marcelle, have confirmed that these drugs are dangerous to Marcelle. The drugs, Aricept and Namenda, were recorded as having very negative effects upon Marcelle; no positive effects were ever reported by nurses or doctors. Marcelle lived in a mental state that varied from anxiety to terror to dejection, with occasional happy moments when allowed the company of Matteo or her favorite aides or the visit of a dog.

Matteo had two consultations with a psychiatry professor, whom he brought to Marcelle so that the drugs imposed upon her could be reassessed. Matteo said he would be waiting in the corridor, but the aides were ordered to refuse admittance to the doctor.

Ms. Lenore Kramer insisted that Marcelle could not afford the best medical care any more, and refused to allow Marcelle’s son to pay for better and comprehensive medical care. The video you can see on www.savemarcelle.com shows a lady who suffered but still fought back. She could still say “No, I do not want to.” She could have small temporary victories in 2008. In 2010, all that Marcelle could do, under the influence of the unapproved drugs forced upon her, was to express her despair by grinding her teeth. Matteo first noticed the teeth grinding after the Alzheimer drug Aricept had been increased. Three doctors, including Marcelle’s dentist, told Matteo of a likely connection between the unapproved medications and the teeth grinding, by which she was rapidly destroying her teeth.

Ms. Kramer insisted that Marcelle was doing just fine. Ms. Kramer believed that Marcelle’s bouts of choking, the collapse of her teeth, her state of overwhelming anxiety, her deleterious diet, or her desperate unhappiness were not significant issues. Thus they were not even worth mentioning in Marcelle’s “Care Plan”, a happy report delivered to the judge by Ms. Woitach.

A month after the removal of nurses and of Marcelle’s family, Marcelle developed a urinary infection. Days later, on September 29, 2010, on the occasion of the nurse visit that Marcelle was allowed once a week, it was discovered that Marcelle also had pneumonia. On September 30th, she was hospitalized. That evening, Ms. Kramer called Matteo’s lawyer, and airily advised him that Marcelle had “a touch of pneumonia.”

Since Justice Singh’s order of August 27 did not give protection to Marcelle from Matteo, but only protected the Apartment, Matteo was able to be at the hospital every day. He observed four meals of Marcelle, during two of which she choked. In one episode, the choking was so severe, that Marcelle had to give up having dinner. A week after hospitalization, Matteo accompanied his mother on the ambulance, as far as the door of the Apartment. Then he had to abandon his mother in the hands of Ms. Terry Woitach, the “geriatric care manager” hired by Ms. Kramer to replace Matteo.

WHEN SHE WAS DYING, MARCELLE WAS NOT ALLOWED TO SEE HER SON

Matteo was not allowed to call the house or the nurse aides, but news sometimes got to him, even though a little late. On November 13 Matteo received a tip, and found his mother in hospital, brought there for dehydration. When he arrived, they had disconnected her IV, and had not given her food or medications for more than a day. No food, no medicines, no IV. Matteo asked why not, and they gave her IV at once. He asked about food, and they brought it, and she had some soup. He asked about her meds, and they gave them to her. In other words, the hospital nurses responded immediately. All that Marcelle needed was an advocate in that hectic emergency room. It seems that Marcelle’s attorneys and managers decided it was best not to let Marcelle have an advocate in hospital; thus they did not notify Matteo. You can read the exact details of this outrage on www.savemarcelle.com.

The following week Marcelle was sent home. Marcelle ate well for a few days and improved. Matteo and the aides were all happy. Marcelle, however, was not happy, she kept asking for Matteo. He had brought her home from hospital, but had to stop at the door–court orders.

On Tuesday Matteo heard that the aides were very worried, Marcelle’s face was changing. They said that she was still asking for Matteo, but her words were becoming difficult to understand when she tried to say something. On Wednesday, December 1, at 5 PM, Matteo presented to the Clerk of Justice Singh a show-cause order, asking to be readmitted at once and to have Ms. Kramer removed for negligence. Matteo said his mother was dying. The Clerk answered that Justice Singh would consider it, and that there was a regular hearing on Friday, December 3, anyway.

On Friday December 3, at 2.30 PM, Justice Anil Singh issued his decision: Ms. Kramer will remain as guardian of Marcelle, and Matteo will not be allowed to see his mother. Justice Singh could not entertain the thought that the reputable attorneys he had appointed might, after all, be perjurers. 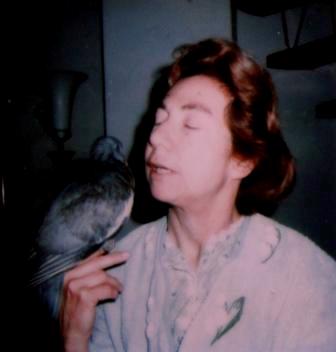