Both of my parents were victims of financial exploitation.

My father, John L. Shaw passed away around November 17, 2007 in his apartment in Albuquerque, New Mexico. His body was found on November 20, 2007. (My father found my sister’s body on October 9, 2007, she had committed suicide). She also resided in Albuquerque, NM.  She had served in the US Army.

My brother John Robert Shaw was released from Wyoming State Prison the same day my father’s body was found.

My mother and father were separated for about 11 months; my mother was residing in El Paso, Texas where they had their home.

The first was my brother as soon as he came from Wyoming to New Mexico; he joined me there so that I may make funeral preparations in behalf of my mother. (She was still in El Paso, Texas) My father’s burial was held on November 30, 2007. I went to Texas and brought my mother to Albuquerque on November 29, 2007. We checked into a motel and later that evening my mother started experiencing some confusion. My two aunts and uncle who also came down from Texas to attend the services had tried to calm my mother. After over and hour with no success I decided to call the paramedics in hoping they can assist in calming down my mother. (The biggest mistake I ever made) she was taken to the hospital for observation, and she was never to return home. Three days after we buried my father, my mother was still in the hospital in NM, my sister’s son Anthony D. Valencia went and had my mother write him checks. (My mother was heavily medicated).

My brother and my deceased sister’s son Anthony David Valencia hired an attorney. Their goal was to take control over the estate. The New Mexico Courts took over (Judge Geraldine Rivera).  They kept my mother in New Mexico for 9 months before allowing her to return to Texas. By then Lulac and Decades were involved in financial exploitation. Her house and contents were gone. She was placed in an adult foster home, where Albert Ron Bloxom was appointed by the court to become her guardian. He did not even allow my mother to have her own pillow, blanket, lamp or other contents from her own home. My mother’s sister was told if she wanted anything it would have to be bought. We family members had to buy my mother her hygiene product, clothing (night gowns, house shoes, etc. my mother’s sister even bought my mother a mirror since she did not have one. In that adult foster home, she was placed in a windowless room.

We lost my mother on January 24, 2012. It took almost 2 weeks before Albert Ron Bloxom would allow me to bury my own mother. To this date, I am still trying to collect the last remaining articles my mother had left. Mr. Bloxom has holding on to what little is left in a plastic bag. He claims he is waiting for attorney to finalize the paper work. I still cry on a daily basis, and have been very depressed on not being with my mother in her final hour. I live in Northern CA, while my mother was in El Paso, Texas.

Albert Ron Bloxom contacted me to inform me of my mother’s death by e-mail.

He calls himself a professional. 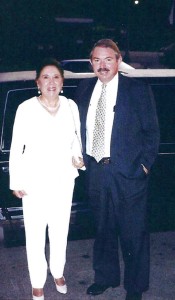 Benjamin Alfano – OR
Scroll to top