In Florida, anyone can apply to be a guardian of another person, even if the two do not know each other.  There exists no system for reporting guardianship abuse to the Department of Elder Affairs.  On July 21, 2006, Senator Bill Nelson acknowledged Debbie’s letter of complaint to him, but the system continues to exploit Wards, most of whom will never return home. Per the GAO’s scathing 2010 report about guardianship abuse:

The guardianship system is a close replica of American foster care.  In both systems, vulnerable populations are made Wards of the state, a type of bondage that denies basic human rights to maintain bonds and to build a stable life.  Debbie Woodward, like foster children, was moved around constantly, to about 10 different places,  and was heavily drugged, to her peril. When her rights were restored, she was homeless and forced to live from then on in poverty.

In a brief court hearing, Debbie went from a devoted daughter and licensed nurse to a fully-incapacitated person with no rights, except the right to vote.  For 7 ½ years, Debbie lived in bondage as a Ward of Florida, not knowing from day to day when she might be moved or where,  whom she could befriend, and what she would be allowed to buy with the hundreds of thousands of dollars her mother had left in trust for Debbie.  The money now was controlled 100% by the courts and court-appointed guardians and attorneys, who were paid hundreds of thousands of dollars from Debbie’s trust, eventually leaving her impoverished and on the streets. Her possessions were taken, even her dog.

On June 9, 1998, Debbie, age 52, had a petition filed by a doctor to put her into state guardianship, with a diagnosis of bipolar disorder and poor judgment.  The doctor’s proposed guardian was Lutheran Services.  The next day, the court granted Debbie’s guardianship to Lutheran Services, which has hundreds and hundreds of Wards. In the stroke of a pen, Debbie could no longer:

In 1999, an attorney notified the court that he was willing to represent Debbie pro bono in order to restore her rights as a citizen, stating:

Despite this attorney’s valiant efforts to have Debbie’s rights restored, he was not allowed to represent Debbie for free; instead Debbie’s trust funds were paid out, by the scores of thousands, to other attorneys, and she was held in guardianship year after year. In less than 2 years, Lutheran Services was paid over $32,000. as Debbie’s guardian.

In 2005, Mr. Schimmel again told the court, “The Ward is not now capable of having any of her rights restored,” despite the fact that Debbie’s physician in 1999 had already advocated that numerous rights be restored, and another physician in 2005 stipulated that “she can manage herself….The Ward does not continue to need assistance of a guardian…[She is] intelligent – able to manage her funds.”

Mr. Schimmel was paid well over $40,000  from Debbie’s trust under 3 different expense classes, even though she expressed constant distrust and fear of him and of his enormous power over her.  In 2005, Debbie’s status of full incapacity was reversed to full capacity, over Mr. Schimmel’s vociferous objections,.  By that point, almost all of Debbie’s trust funds were consumed; she had no place of her own to live; and Mr. Schimmel simply dropped Debbie off to live with a friend in poverty, where she still resides today, in a small mobile home in a low-income trailer park on a major highway in a high-crime neighborhood. 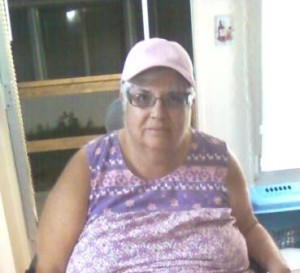 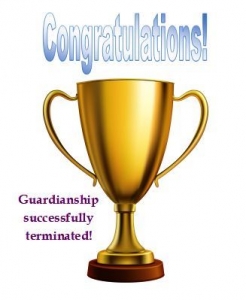