To those of you who are in a similar boat, I wanted to bring you up to date on what my husband’s guardian has done to him.

The court gave Claflin just one right when he was declared incompetent and that was to chose where he wanted to live because if he is moved out of his home, he will die.

He has round-the-clock care although he can take care of himself, with help, but shouldn’t be left alone for any length of time partly because he wears trifocals that they have taken away from him and he cannot see without them. His dementia has not progressed to the point where he does not recognize everyone and he can carry on limited intelligent conversations. His guardian, the guardian’s attorney and his court appointed attorney, all knowing he means it when he says he will die, are completely ignoring all of this. I’ve known this man for 45 years and he’s right, it will kill him.

Yesterday, there was a hearing. In spite of the overwhelming testimony from his sister and me, the judge basically condemned him to death and he will be taken from his home probably next Tuesday and moved to a mental care facility. I am not allowed to see him and haven’t been since May 1, 2015 and only then at a well attended ceremony. His 6 year old dog that he loved so much and 9 of his beloved buffalo have mysteriously died. His life and mine have been pure hell for over 4 years.

Elderly abuse has got to come to an end.

Almost 3 years ago, I made the very difficult decision to have my once brilliant, retired-judge husband, now suffering from dementia and possibly Parkinson’s and Alzheimer’s, declared incompetent.

He was in the hands of, and being brain-washed and robbed blind by, my conniving ex-son-in-law, his wife and sons.  According to a local coin dealer, my husband, over a period of time, purchased $3,000,000 in gold coins that disappeared from his 3 safe deposit boxes.

I applied for guardianship to put a stop to all of this having been assured by my attorney that I, as the more-than-capable spouse, would be chosen.

However the unsavory ex-son-in-law, who is  not related in any way to my husband, also applied for guardianship so the court decided to appoint a professional guardian instead.

The guardian hired this ex-son-in-law to continue the brainwashing and to threaten to sell his beloved 80 acre ranch, on which he lives, out from under him if he does not do the guardian’s bidding.  The guardian sold all his income producing property at far below market value and has the 80 acre ranch appraised at $590,000.  In 2006, my husband turned down a $5,500,000 contract on this prime vacant land.  I have a copy of it and 2 other similar contracts, the lowest being $4,700,000.

The guardian has an attorney who reported to me and my sister-in-law, that the guardian is worth millions. The court appointed an attorney to represent my husband.  These three have worked together before and have manipulating a ward down to a science.

My husband’s trifocal glasses have been taken away from him and he can hardly see without them.  No reading, no TV and no taking walks on his ranch.   Claiming that my husband wants nothing to do with his family or friends, no one is allowed to see him.  Those who have tried learned that he is terrified of his jailers who then threaten to call the police if anyone attempts to go anywhere near him or his house again.  He is being kept virtually a prisoner in his own home.  No one has seen or talked to him since May 1.

So far, I have not been able to get anyone in authority to look into this.

If this can happen to a life-long Bradenton resident and well respected county judge,  what chances do the lesser know wards have against this system?

Update:  Bunny and Claflin Garst
by Barbara Peters Smith
…Since losing the legal fight to care for her husband, Garst has tried, with limited success, to stop his guardian from liquidating real estate owned by the former judge, at what she believes to be “ridiculously low” prices. She worries about the ranch where her husband lives, appraised by the guardian at $590,000, which she believes is worth 10 times that.” …

Scott Signs Elder Guardianship Bill; But for Some it’s too Late:
by Barbara Peters Smith
…”The only right Claflin Garst retained in these proceedings was the freedom to choose his residence, and for years he remained at home with paid caregivers on his buffalo ranch — where friends and family contend that it was difficult to visit him. In February his guardian asked the court to remove that right and allow placement in a facility that offers memory care.

“Due to the deteriorating condition of the ward,” the petition states, “the aides are not able to provide the level of service required to maintain him in a safe nurturing environment.”

“That ranch means everything in the world to him,” said Bunny Garst, who was visibly upset after this petition was granted on March 1.” … 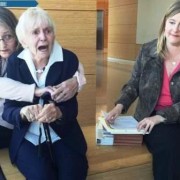 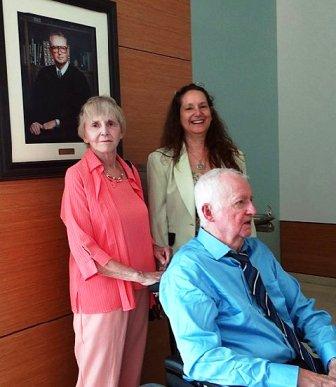