Evelyn Nabity, 82 years old is the widow of Air Force Veteran, LaVern Nabity and the mother of twelve children.  As they advanced in age during their fifty years of marriage they pursued legal counsel to plan and execute their wishes through the utilization of a Trust, a Will, and a Health Care Power of Attorney along with prepaid funeral expenses.

Before her husband’s lingering illness and death from lung cancer in 2004 they explicitly identified their youngest daughter, Mary-Christine, as their CHOSEN HEALTHCARE POWER OF ATTORNEY.  Through her kindness and compassion along with her training as a nurse, they trusted her knowledge and judgment in responding to their medical needs.

Unfortunately in 2007, due to her husband’s employment, Mary Christine Rose and family relocated to Illinois.  Her mother was not ready to relinquish the home where she spent most of her married life.  Concerned with her mother’s well-being, Mary Christine would call her mother on a daily basis, and made frequent trips to Nebraska to check on her and invite her to spend time with them in Illinois.  Initially Evelyn would want to return home after a 2-3 week stay.  However with each subsequent visit the length of stay increased.  She visited with her sister, Camille Ference, on a monthly basis and during one of these visits she talked about selling her home.

Prior to being KIDNAPPED on Saturday November 3rd, 2012 she had been residing in Sandwich, IL for five and a half months.  During this time the Illinois Adult Protective Services dispatched (sic) unannounced to investigate Evelyn’s well-being from July to September of 2012.  With the allegations of abuse and neglect being UNFOUNDED the case was closed.  The oldest son, Robert, had previously been removed as Evelyn Nabity’s Executor of Trust and Will.  Unknown to her, Robert changed the locks to her home in Omaha, NB without Evelyn’s knowledge or permission.  In further retribution, Robert pursued legal counsel to develop a strategy to destroy Evelyn’s happiness.

In collusion with some of his siblings, he executed the kidnapping and dumping of his mother in the emergency room of Emmanuel Hospital in Omaha.  From the emergency room she was admitted to the psychiatric ward followed by a transfer to an Alzheimer facility called The House of Hope where she languishes in captivity as a prisoner.  It will be two years in November that she is ISOLATED AND DRUGGED INTO CONFORMITY.  She has spent her birthday and all major holidays alone in her room.  At the convenience of a mandated court monitor, a pre-arranged visitation can occur at fifty dollars an hour.  No phone privileges and all written communication and packages are censored.

Evelyn was not allowed to attend the funeral of her sister-in-law or told of her death.  She found out through reading the obituaries of the local newspaper.  Clergy from her parish are not allowed to visit or administer the sacraments.  The Guardian ad Litem, Susan Dempsey-Cook, provided a lame excuse to the legal counsel, Ms. Murphy, for Cardinal George of the Archdiocese of Chicago.  She stated the pastor of the parish, Father Partusch of St. Bridget Parish, didn’t have the appropriate credentials to be allowed to minister to one of his parishioners. No explanation was given as to why  Father Scheiblhofer  was denied.  He is a social worker by training and ironically was the supervisor of Julie Sebastian, Vice-President of senior housing at the House of Hope, while she was preparing to become a social worker.

The Guardian ad Litem has no prior experience working with adults.  Her reviews on the internet for working with adolescents do not provide much in her favor.  She and the mandated court monitoring agency were selected by partisan appointment and pushed through by Lisa Line, the attorney for Robert Nabity and his siblings.  Neither Robert nor his sister Patty Brock,  an employee of the Florence Home who does the billing for the House of Hope/Midwest Geriatrics, had criminal background checks and testing for mental stability.  This anointing of Robert and Patty was rubber stamped by the Honorable Judge Lowe whose reviews on the internet by his own colleagues are also very negative.

In summary Evelyn was never provided DUE PROCESS.  The Nebraska case number is PR12-1422.  Her human, civil, and religious rights continue to be violated while she is isolated and drugged on Seroquel (250mg) while incarcerated in the House of Hope.  (Please reference the attached pharmaceutical warnings for Seroquel as they relate to the elderly).  On September 24th, 2014 Evelyn’s oldest daughter, Betty Rubeck, paid fifty dollars to go visit her mother. She observed redness and swelling from Evelyn’s left eye to the side of her nose.  In seeking an explanation she found out she was injured on September 13, 2014.  However the staff was very guarded and would not provide specifics.

The animal rights group PETA would never allow any animal to be subjected to the ISOLATION and ABUSE Evelyn endures on a day to day basis allowed by our JUDICIAL SYSTEM. 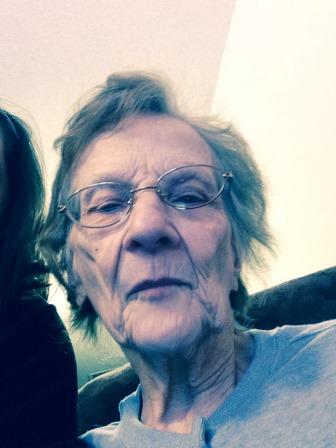