In January of 1997, my 73 year old mother Susie George suffered a severe reaction to iodine during a routine CAT scan. She was unresponsive for several weeks, but eventually sent home to recover. At the time she was still weak and disoriented. Taking advantage of her situation, my brother David George and my sister Becky (Janice Rebecca) Jones took my mother to a notary public and obtained a power of attorney for her. Becky then took my mother’s handicapped daughter Patsy, an incapacitated person who was not mentally capable of signing a power of attorney, to her friend notary public Debbie Pomeroy O’dell, and obtained an illegal power of attorney on her. The two used these powers of attorney to take the home and land worth almost $50,000 belonging to mom and Patsy and put it into their own names. Becky closed out mom’s bank account, stealing almost $80,000 from mom.

Becky and her husband Bobby (both unemployed at the time) then moved into mom’s house and got jobs for themselves with Seneca Mental Health as Patsy’s caregivers. When mom began to recover from her illness, she asked Becky and Bobby to move out of her house, but they refused. Instead, they began doubling up on her medications, making it appear that she had dementia. Becky discouraged mom’s relatives and friends from visiting, saying that it agitated mom and made her difficult to deal with. She also programmed mom’s speed dial phone so that she could not call out to anyone, but instead always got a busy signal.

On two different occasions Becky had mom admitted to the psychiatric ward of the local hospital, claiming she was demented and dangerous. On both occasions, mom was found to be competent and released. During this period, mom told the doctors that Becky had stolen $100,000. from her safe deposit box and $1,300 from her purse.

Suspecting that she was being drugged, mom began eating and drinking only things that she had opened and prepared for herself. She begged Becky and Bobby to move out of her home, but they told her that if she did not comply with them, they would have her permanently put into a mental institution.

On November 28, 1997, Becky went to the County Sheriff’s office and signed a warrant for my mom’s arrest, claiming that she was insane. If a court hearing found for Becky, then mom would have been involuntarily confined to a mental facility. Becky stated that mom was threatening to kill them and herself and was a danger to Patsy. After filing the false warrant, Becky went home and attempted to give my mom drug laced coffee, but mom would not drink it. A little while later, a Deputy came to my mom’s home and handcuffed her, a tiny woman who was only 5 feet tall and weighed less than 100 pounds, and who was suffering from cancer and liver disease, and placed her in his police cruiser and drove her to the County Sheriff’s office.

Mom was terrified, but spoke calmly with the court appointed psychiatrist and explained her situation. She was found to be competent and released. When Becky was questioned at the hearing about her false allegations, she admitted that she and Bobby had been drugging mom in order to ‘keep her calm’.

When Seneca and mom’s other family members were notified of the hearing and learned what had been happening to Susie, Becky and Bobby resigned from their jobs and moved out of mom’s house. Mom contacted a lawyer who had the bogus powers of attorney revoked and forced Becky and David to return mom’s money and property to her. From that time till her death, mom was fine and worked with Seneca Mental Health as Patsy’s guardian, handled all of her own affairs, and was totally competent. 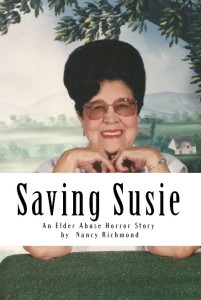 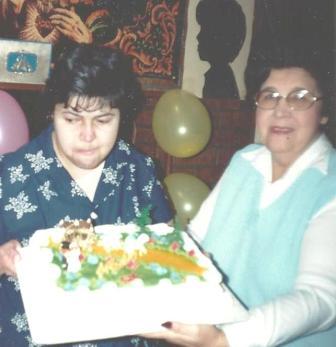 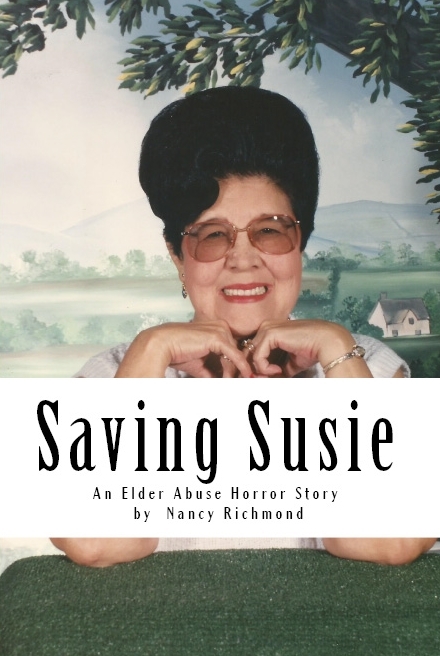