This is my 52-year-old daughter Jane MacMurray.

When she was 2 years old, she was involved in a car accident with a drunk driver which left her with the mental capacity of roughly a 14-year-old.

In 1971 Jane’s father and I divorced, and I had physical custody of our 2 children, Jane and her older sister.

Two years later, I remarried, had 2 more children and we all moved to Texas.

Shortly after the move, Jane’s father called complaining that his children were too far away, and he asked if they could come live in PA with him and his second wife for a while.

I agreed and in 1981 Jane and her sister moved to PA to be with their father, while my second husband, our 2 children and I moved to CA.

We always stayed in close contact with Jane (and her sister) through phone calls and she spent summers in CA with me and her siblings.

In 1989 Jane’s father convinced me that it would be a good idea to put Jane in a group home in PA.

Shortly after she moved into the group home, I became concerned that Jane was not happy, but her father kept reassuring me that she was doing great. I moved to RI one year later and visited Jane regularly. Jane loved coming to my home in RI and spending time with me and her siblings.

When it was time to go back to the group home she would cry and beg to stay.

This upset her father and stepmother. Her father filed a petition to be her guardian which was granted in 1996.

Once he was appointed guardian, he did everything possible to keep me from seeing Jane, so I got an attorney and filed a petition to be her guardian in 2002.

At the hearing in 2003, the Judge agreed that Jane’s father was keeping her from me, but instead of appointing me, he appointed a third (unrelated) person to be her guardian.

Once appointed, the new guardian also began making it extremely difficult for me to see or have contact with Jane.

As a result, I have been fighting to see and have contact with my daughter for the last 15 years, spending thousands of dollars on attorney’s fees.

I have never been charged with or convicted of any crime, or been found to be an unfit parent in any way whatsoever, yet at the current time, Jane is living in PA with no living relatives in the state and the guardian will not let me see my daughter, have contact with her or even know her whereabouts unless she specifically requests contact.

The guardian knows that Jane will never make this request because she has been told repeatedly over the years not to talk about her mother and she is afraid to ask. 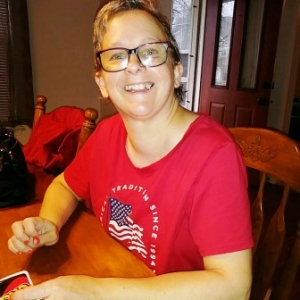