June Lynne Lacey was an amazing woman! She dedicated over eighty years of her life to volunteer work and community service. June had appeared in 22 films and on television, in addition to being a model, talk show host, selective service clerk, writer and teacher.

June had just returned from representing Minnesota at the National Ms. Senior USA Pageant in Las Vegas and was named National Ms. Congeniality 2018-2019! She was so honored to have been chosen and returned to Minnesota to volunteer at the State Fair and help with the Alzheimer’s Walk.

When it seemed that she was having a little trouble breathing, I took her to the ER. What a horrible mistake!  They wanted to put her in the hospital for observation and so I agreed, as I wanted what was best for my mother.

The next day the hospitalist doctor (who had never seen my mother before), hospice representative, social worker and chaplain all tried for 27 minutes to get me to change my mother’s health care directive to DNR. When I refused, the doctor said I was very, very poor POA. My mother stated that she wanted to live and he said that she doesn’t know what she wants, she has some dementia (which she was never formally been tested for or diagnosed). He was incredibly disrespectful and I should have gotten her out right then and there, but I never dreamed he would do what he did! He asked if I was legal guardian and I replied that I was POA, daughter and caregiver, but not legal guardian.

Two days later, when she was to be discharged, I am handed a piece of paper, saying that she now has a legal guardian, who is dumping her in a nursing home 210 miles away! She protested, as did I, so they drugged her and had security make sure I could not leave with her. She was taken prisoner!

Within 3 weeks at the nursing home, she developed pneumonia, a staph infection, septic blood, UTI, bed sores, bumps, bruises and a fever of 102! I called Adult Protection three times and got three letters from the County Social Services saying “We decided not to investigate.” The ombudsman refused to do anything, either!

My mother fought all that, with prayers, help from God and a strong will to live, only to be placed on hospice by the nursing home doctor and drugged to death with oxycodone by the hospice nurse. The hospice nurse and social services refused my mother medical attention, when the oxycodone was making her horribly constipated with extreme chest and stomach pain, seizures, migraine headaches and an irregular heartbeat. She could not properly swallow or breathe, due to the oxycodone! Her own doctor refused to give her oxyodone, even after surgery, as it is too hard on the elderly.  Nonetheless, they forced her to take it and I was threatened that if I took her to the doctor, they would call the police and dump her in a hospice house!

I believe the hospice nurse overdosed her the last day and she stopped breathing, so I called 911 and they revived her, but when the paramedics called the ER, they were told by the ER doctor that her pulse was too weak to bring her in and so they left her to die a second time! An excruciating death!

How can these people sleep at night? My Mother’s agonizing suffering and that I was unable to save her life haunts me every day.  How can those who were entrusted with complete control of her care and yet ignored her pleas for help to live not be haunted as well, unless they have no conscience.

I have started the June Lynne Lacey Foundation to protect the rights of vulnerable adults and children placed as Wards of the State. They have no rights whatsoever!

We are working on a bill in Minnesota to defend the rights of all vulnerable adults and children made Wards of the State. Please support the June Lynne Lacey Bill to stop this horrific abuse! Thank you! 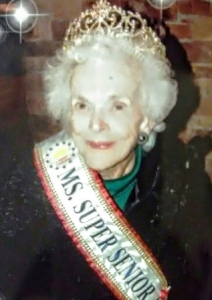