In May 2011, a court appointed psychiatrist described Helen as “an alert elderly woman … with no evidence of depression. She can remain in her home if the resources are available.”

Helen’s court appointed attorney informed the court that Helen had a medical durable power of attorney signed in 2006 noting instructions that Helen remain in her home until her death and under no circumstances should she be placed in a nursing home or similar type facility. The court knew that it was Helen’s wishes to be cared for in her home by her daughter, a licensed health care professional.

There was a family trust to cover any necessary nursing or housekeeping expenses. Unfortunately, on May 24, 2011 Judge Sherrie Krauser, in the Circuit Court for Prince George’s County, Maryland ignored her own medical expert, Helen’s durable power of attorney and request to be under her daughter’s care.

The court appointed a private guardian for Helen and she was removed from her residence and placed in a nursing home. Helen was restricted from seeing or having contact with her daughter. An antidepressant medication that was contraindicated for elderly patient’s with dementia was prescribed to Helen. Despite having life threatening side effects of the drug Helen was forced to continue taking this medication. In less than four months Helen was dead.  On September 20, 2011, Helen died from sudden cardiac arrest, a noted side effect of the drug (Zoloft.)  What happened to Helen was reprehensible. Helen is missed but not forgotten! 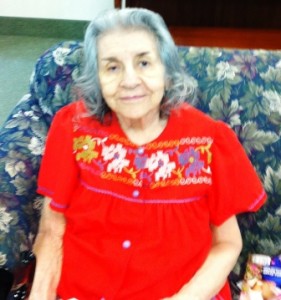