I come from a somewhat prestigious family on my father’s side. Several of my paternal ancestors have defended our country by fighting in every war from the Revolutionary to WWII. My 93-yr old grandmother was a long-time member of the United Daughters of the Confederacy and is still currently a member of the Daughter’s of the American Revolution, so when she started showing tell tale signs of Dementia and vulnerability, I trusted the United States Constitution and sought help from the Maricopa County Superior Court here in AZ.

My grandfather, who was discharged as a Lieutenant from the U.S. Navy following WWII, passed away in January of 1999.  Over the next several years, I started observing my widowed grandmother gradually becoming easy prey to people (mostly men ranging from investors to coin dealers to handymen) with hidden motives and ill intentions who would befriend her and start to take advantage of her for her money. Undoubtedly, I have always been the closest person to my grandmother so, with my father having passed away in 2005 and my uncle estranged from the family for over 17 years, I felt it was my duty to step in and try to protect her. But, because my grandmother has always been a very independent woman who refused to accept that something might be wrong, I was having a hard time….that is when I went to the court for help.

I filed a petition for Guardianship and Conservatorship of my grandmother in 2007. Please note that at no time was I, personally, ever seeking the role or position of either title. I just wanted to get her protected from vultures. By law, I was required to serve my uncle a copy of the paperwork, which I did (at the time he was residing in West Virginia), and he immediately took it as an opportunity to insert himself back into the family and into a position with access to the small family fortune. He first filed his own petition contesting mine and nominated himself as Guardian and Conservator, then he started making amendments to the Mason Family Irrevocable Trust taking me out of it as a beneficiary and putting himself in (although these changes never became permanent due to what happened next). In January 2008, the court appointed my uncle as Guardian and Conservator of my grandmother.  This was the first wrongful action committed by the court considering the fact that, according to the directives in my grandmother’s Living Will, my mother was who my grandmother wished to have as her “agent” and durable power of attorney……..NOT my uncle!  This did not matter to the court though, as they proceeded to do what they wanted.

Needless to say, one month later, my uncle was discharged as Conservator (due to a bankruptcy preventing him from being bondable) but remained on as Guardian. Again, against the directives set forth in the Living Will as well as the Family Trust (which named my mom Co-Trustee), the court appointed a private fiduciary as Conservator and, later, also “Successor” Trustee.  That is when my complicated nightmare progressed into something far worse and my grandmother’s case splits into two parts…….

Part One.  Over the next 3 yrs, the fiduciary did everything under the sun to endanger my grandmother, bleed the estate dry, and deplete the entire family trust. She (the President of the fiduciary company) violated every code, rule, and law set forth by the State of AZ, thus resulting in a failure to comply with the requirements that allowed the certification and license necessary for this fiduciary to be appointed to probate cases by the court.  I cannot tell you exactly how much money was involved in our case, as there was never an accounting filed with the court (it was waived by the judge, per the fiduciary’s request), but according to documents I have from my grandmother’s former estate planning attorney dated January of 2008, my grandmother’s net worth was estimated at approximately $2 million.

Throughout the whole case, I have filed numerous complaints to the judge and other agencies to report the theft, extortion, conspiracy of commit fraud, neglect, embezzlement, mismanagement of funds, fraudulent schemes, unlawful entry, perjury, and breach of duties the fiduciary and her staff had continuously committed, as well as motions requesting investigations, courses of action, and hearings to no avail. The judge either (literally) ignored or denied them all, and the agencies…..well…….

As of August 2010, the money in the estate and family trust has all been spent, the Irrevocable Family Trust has been terminated, and the fiduciary (and her attorney) have been discharged from “all further court proceedings”.  I still don’t have, or have ever seen, an accounting and my continued efforts to obtain one have all been dismissed for “lack of jurisdiction”.  My grandmother’s case is still open though, for the Guardianship still exists.

Part two.  Around the time the family trust was terminated and the Conservatorship and Trusteeship ended, an “income only” trust was created to receive and house the Social Security payments my grandmother receives monthly. My uncle took the initiative by appointing himself as Trustee of that trust.  Although my sister and I (the only remaining family members and heirs to the estate) strongly objected, the court (again) did nothing.  My uncle moved my grandmother out of her home and into a group care home, which is being paid for by her social security income AND Arizona public assistance (Medicaid/AZ Long Term Care), then he let his unemployed female friend move into and reside in my grandmother’s home – rent free!  In addition, my uncle paid all the utilities, plus phone, cable, and internet services incurred by the friend with my grandmother’s social security income.  This continued for 14 months and, because there was not enough money, ultimately resulted my grandmother’s home to go into foreclosure a few months ago.  Collection letters also started arriving for outstanding debts and liabilities the fiduciary failed to pay off so, in January of this year, my uncle (without prior permission from the court and unbeknownst to any family members) held an estate sale selling off all the remaining assets.  Yes, all the family heirlooms, antique furniture that has been in our family for many generations, and my grandmother’s personal property is now GONE!!  Also, info obtained in recent discoveries, rather than using the money to pay off the outstanding debts and preparation for funeral and burial upon my grandmother’s demise, my uncle is using it to pay for the attorney he retained to defend him in the court proceedings I initiated against him for financially exploiting my grandmother.  Unfortunately, as I have been unemployed for the last year and a half and do not have the funds to retain my own attorney, I am being forced to withdraw my most recent petition against my uncle solely because of a warning issued by the judge to me making it clear that my “pro-se” status will result in my losing in this matter.

In conclusion, our family has been robbed of everything!  The efforts my grandfather put forth to secure a future where our family would be taken care of financially and the legacy of my ancestors were to be carried down to my sister and me, then passed to all future generations have all been diminished because of callous people overwhelmed by power and greed. My grandmother, who has spent several hundreds of thousands of dollars in political donations, is being ignored by those Governors, Senators, and Presidents who used those donations to get them to where they are today. Worst of all, everything the United States Constitution was supposed to stand for, has fallen……..in being denied our Due Process, we have been deprived of the life, liberty, and property that we were entitled to. It is so sad to see that this is what America has become.  CHANGE NEEDS TO HAPPEN NOW!!  If the loved ones who grew up in the era of wholesome values are now being robbed, raped, and pillaged, then what does the future hold for our generation, not to mention the generations of our children and grandchildren?

P.S.  To read more details of this case, see  http://www.aarp.org/politics-society/government-elections/info-10-2011/probate-reform-looms-az.1.html 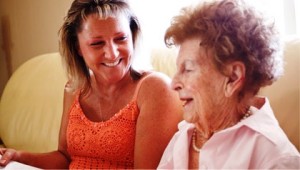