Alice Gore was living in an apartment building owned by Mr. Morris Esformes.  The apartment building was at Park Plaza, 6840 N. Sacramento, Chicago.  Alice was required to divulge her complete financial information when she moved into his facility.

Alice had previously chosen her daughter, Bev Cooper, to be her power of attorney (POA) for health care and financial issues. Bev, in accordance with Alice’s wishes, had promised her mother she wouldn’t place her in a nursing home, and would never make a decision to withhold medical treatment.   Bev visited her mom almost daily to help care for her mother’s needs .

Bev has a daughter, Kimberly Cooper, who was born with infantile Autism; she spent her childhood in and out of 54 foster homes; she had well-documented psychiatric illness, and was diagnosed as a child with Schizophrenia and Borderline-Personality Psychosis with Suicidal Ideations.  This condition was known by both the Lake County and Cook County courts.  During the guardianship proceedings, Bev had provided the Cook County Court with the documentation of Kimberly’s severe mental incapacity, but the court refused to enter it into the public record.   Additionally, Bev believes that Kimberly receives disability benefits from the government; this could have been easily ascertained by the court.

Karen Bowes was a business and family attorney for the Cooper family for 27 years.   She had represented Kimberly Cooper in the juvenile court of Lake County and was well aware of the psychiatric issues and legal issues that Kimberly Cooper endured during childhood.

After Bev’s mother, Alice Gore, had moved into the Esformes building and divulged her financial records, Karen Bowes approached Bev.  Karen told Bev that she should go to court to seek guardianship of her mother, rather than relying on her Power of Attorney.

Ms. Bowes stated to Bev that “Guardianship trumps Power of Attorney”, which is the opposite of what is stated by Illinois law.  Illinois law states that if a power of attorney is in place, a guardian is not required.

Bev followed the advice of her long-time attorney.  Bev went to court to change her Power of Attorney to Plenary Guardian.

On January 20, 2006:  petition for guardianship was entered.

Karen Bowes sent an attorney named Miriam Solo to Alice Gore’s apartment.  Miriam Solo is a cousin of Morris Esformes, the apartment building owner who required that Alice divulge her complete financial information when she moved into his building.

Miriam Solo interviewed Alice; Solo did not allow Alice’s daughter, Bev, to participate in the discussion, and closed the door so Bev could not hear the interview.  Karen Bowes told Bev that she did not really know Solo prior to these proceedings, and instructed Bev to pay Solo $500.00 for her attorney services. Bev was also instructed by Bowes that she didn’t need to attend court hearings.

On January 24, 2006:  Miriam Solo was appointed by Judge Lynne Kawamoto to serve as Guardian ad Litem on the case.

Karen Bowes apparently facilitated the appointment of Miriam Solo as GAL, telling Bev that Miriam Solo was just to be an attorney on the case.  It later became apparent to Bev that Bowes and Solo had a business relationship during the preceding ten years, despite Bowes having told Bev that she didn’t really know Miriam Solo.

Most, if not all, of Alice Gore’s financial records disappeared from her apartment building during this time frame.   Additionally, Karen Bowes elicited the legal help of Bruce Lange, an attorney/accountant who works for Harris Bank and Trust.  Lange and Bowes instructed Bev to make repeated trips to Alice Gore’s bank to secure Alice’s bank statements for them so they could determine Alice’s net worth.  Despite the fact that Lange was paid for his services as an attorney, he never supplied the court with the financial information that he and Bowes had obtained from Bev.

On February 27, 2006: Kimberly Cooper, granddaughter was appointed as guardian of the person and estate for Alice Gore.

The court is aware Kimberly Cooper has a history of psychiatric illness.

Subsequent to her appointment, Kimberly told her mother, Bev, that she intended to place Alice into Hospice, a decision that Alice had many times told Bev she did want not enacted.  Alice’s primary diagnosis was arthritis, and she had no qualifying medical diagnoses to support a DNR/Hospice order.

Other medical decisions made by Kimberly were of concern to Bev, including the removal of the Alice’s gold teeth.  Additionally, Kimberly authorized the placement of a feeding G-tube, while the patient still had the ability to eat and drink without difficulty.

Alice Gore, the ward, was removed from Esformes’ apartment building to the Carlton on the Lake Rehabilitation Center at 725 W. Montrose in Chicago.

Attempts by Bev to bring her concerns about her mother’s declining condition to the judge resulted in her being restricted from visiting her mother without supervision for a number of years.

Rehab Assist, which is owned by Tom Kleinheinz, was assigned to supervise Bev when she visited her mother.  False statements were made by Rehab Assist to the judge about Bev’s interactions with her mother, resulting in further visitation restrictions.  Thomas Kleinheinz, owner of Rehab Assist, and his employees, Melody (last name unknown) and Ben Topp were all participants in these actions.

Rehab Assist is believed to have ties with Mr. Esformes.

Miriam Solo brought in other care management companies and personnel as well, including Kindred Guardian, a case manager Annette Jungheim, and Signe Gleeson, from Elder Care Solutions.  False documentation was also entered into the court record by these individuals.

Alice was subsequently moved into Warren Barr Pavilion Nursing home (a nursing home that was recently purchased by Esformes from the Masonic owners) at 66 W. Oak Street in Chicago, where she remained until she passed away.

Since the appointment of Kimberly Cooper as guardian, an estate worth over $1,500,000.00 (one million five hundred dollars) has been depleted.

Missing annuity checks, and an inventory and accounting has not been provided to the court, despite requests by Bev Cooper

Two annuity checks were sent to Bev Cooper by the issuing annuity company and were endorsed by Kimberly Cooper. The signatures were both different and appeared to be forged. The suspected forgery was reported to the GAL and yet nothing was done.

The bonding company is presently attempting to get a judgment against Bev Cooper for a difference in accounting from the Bonding Company (Lincoln National) and the GAL along with 16 missing annuity checks that may have been stolen from Alice’s apartment.

There is an outstanding issue related to an annuity/life insurance policy. Alice had purchased a paid up annuity that gave her about $1600.00 or so income per month that paid her benefits from the capital and interest of the annuity until she was about 95 years old…after that the annuity continued to pay at the expense of the annuity company.

Part of the annuity package was a paid up insurance policy for about $150,000 payable to either Alice or Kimberly upon Alice’s death (beneficiary uncertain).  Alice owned the annuity and the insurance policy and in any case no matter who was the beneficiary, the policy should have been listed as an asset of the estate. The court mentioned the policy on record and they are evading listing the asset to the estate.

It should also be noted that Morris.Esformes has been under investigation by Lisa Madigan’s office in the past for allegedly placing homeless people into his public aid nursing homes; these placements were done without proper criminal investigations prior to the placement. Esformes was also being investigated by the federal investigators for improprieties in other states.  Bev Cooper has also reported Miriam Solo and her siblings to the State of Florida and the FBI for an alleged fraud committed on the estate of a Mr. Faskowitz, a resident in Florida.

Alice Gore died alone on Feb. 25, 2011: The cause of death was dehydration, despite the presence of a feeding tube which was not used, as the patient had been able to eat orally.  Questions remain over why the patient was not adequately hydrated prior to her death.

Kimberly Cooper, Alice’s granddaughter and guardian, did not respond to calls from the nursing home when her grandmother’s condition was deteriorating.   Bev Cooper was not notified of the change in her mother’s condition, and was not able to be with her mother when she passed away.

Bev found a DNR bracelet on her mother’s wrist after her passing.  Alice had told Bev many times that she “wanted to be kept alive at all cost”, and believed she had the financial ability to pay for any medical care needed.   Bev was not a part of the decision-making process for a DNR order, nor was she aware one had been implemented.  Bev currently has the DNR bracelet in her possession.

Alice remained in a morgue for six days after her passing; this was not in compliance with Alice’s religious beliefs.  There was not enough money left in Alice’s estate to give her a proper burial, so Bev Cooper paid for her funeral arrangements as she was able.

Alice Gore’s case remains open, as a final accounting of the estate has not been entered into court record due to alleged missing funds and missing financial documents. 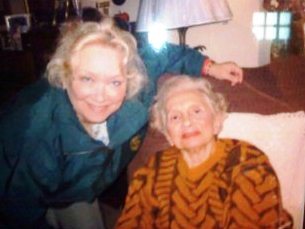