January 24, 2021, my son Abraham suffered a severe seizure.  Police arrived first and believing Abraham’s seizure was caused from an opioid overdose, the police officer injected Abraham with Narcan.  Narcan is an emergency potentially lifesaving drug given to reverse the effects of opioid overdose in cases where the person has decreased breathing.   Narcan can cause coma, strokes, bloodclots and even death if used when there are no opioids in the person’s system.  Five family members and two of Abraham’s friends tried to tell the police officer that Abraham was not on drugs and never had been.  But the officer went ahead against our protests.  The ambulance also gave my son more Narcan. When he got to the hospital, he got a third dose.  And Abraham was life-lined to a different hospital, where he received his fourth dose.

Abraham suffered two massive strokes in the ICU.  He was in a coma and given a trach and feeding tube. He was suffering from a deadly toxic and infectious reaction called Steven Johnson Syndrome/ten (SJS/ten).

The doctor said Abraham was blind.  I was trained to care for his trach and feeding tube, dispensing Abraham’s meds and even how to suction when needed, and was able to take him home under my care.  Abraham woke up a month later, but he had an alarming rash and green stuff and blood coming from his trach.  The doctors/nurses were not concerned, saying stroke patients often get such a rash.

He was given an anti-convulsant drug called Keppra, which caused him a series of other problems, possibly another overdose.

It takes approximately four weeks to four months to recover from an acute onset reaction.  Abraham became more alert and had physical, occupational and speech therapy.  But the rash then worsened and he got really sick.  The hospital in Maine did not treat the infection and released Abraham to go back home even though Abraham was literally dying.  We took him to two other hospitals in Maine and then to a hospital in Boston, where he was finally admitted.  That hospital took pictures of the rash and blisters and documented the bacteria in Abraham’s system, saying they thought he had SJS/ten.  We were so relieved that Abraham would finally get some help and the pain, suffering, and anguish would stop, so he could/would get better again.

But, the Boston hospital called the hospital in Maine and after that call, they recanted their diagnosis, saying the Maine hospital had determined Abraham’s tests were normal.

Although we had guardianship of Abraham, APS/DHS went to court and had it taken away, claiming I had Munchausen Syndrome.  The hospitals in Maine had treated me with such distain and disrespect, it was frightening and I was shocked and embarrassed.  It was devastating not just to me but to Abraham who was denied critical treatment because of the Maine hospital’s false statements.

The Boston hospital’s team specialists confirmed Abraham had an adverse reaction but didn’t update their records right away.  After investigating the allegations, they also disagreed with the Maine hospital, saying I did not have Munchhausens, that I showed extreme dedication (sleeping in my car for a month so I could be at Abraham’s side twelve hours a day, every day), that I was a great advocate with normal and appropriate concern for my son, that I followed doctors’ advice and did not interfere with any of them.

By the time I was exonerated from false allegations and lies, though, the damage to my credibility and authority had been done and had Abraham suffered because of it.

My son subsequently was placed in rehab and eventually in a nursing home and too much has happened to go into the specifics here.   The bottom line is APS filed for emergency guardianship and got it.  I was soon denied visitation and communication with Abraham.  Abraham’s pastor went to see him and he was upset and did not understand why I am not allowed to visit or talk to my son.

Abraham does not have a lawyer and he has no rights – except one, which his guardian has wrongfully denied him.  As a patient in a nursing home, he is entitled to residents rights guaranteed under the Nursing Home Bill of Rights (https://legislature.maine.gov/statutes/34-B/title34-Bsec3803.html)

I have overwhelming evidence detailing the pain and misery my son needlessly suffered, including documentation and pictures — far too extensive to go into detail here.   I lived this nightmare right along with him and I watched him in deep pain and agony – fearing he was dying and not getting the treatment he needed.   What I have said above is true and factual to the best of my ability.

I hope Abraham’s story will help others avoid the horror our family suffers every day.   Things have got to change.  People, agencies, and institutions have got to be held accountable when they cause harm and then attempt to cover it up or actually do cover it up.

Abraham deserves so much better than what has been done to him.  What he has suffered and continues to endure is wrong and also harmful to him mentally.  What they did to me was wrong as well.   But I can fight my own battles. Abraham cannot; he cannot defend himself.

I will not give up advocating for Abraham to receive proper treatment for SJS/ten.  I love my son and I will never give up.  Never. 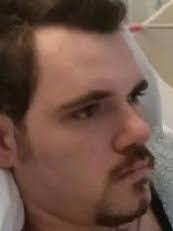 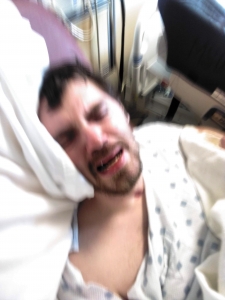