Irina Kristy (May 25, 1937, Moscow) is a mathematician. She graduated from the Faculty of Mechanics and Mathematics of Moscow State University in 1959, in 1959-1968 she was a junior researcher at the Institute of Theoretical and Experimental Physics, a computer engineer. In 1965 she participated in the “glasnost rally”. Participant of the petition campaign around the “process of four” (1967-1968), one of the initiators and collector of signatures under the “letter of ninety-nine” (1968) in defense of A.S. Yesenin-Volpin. In 1984 she visited A.D. Sakharov and gave international publicity to the fact of his hunger strike. She was subjected to forced hospitalizations (December 1965 – February 1966, PB named after Kashchenko; 1972), dismissals from work (1968, 1976), search and interrogation in the Chronicle of Current Events case (1972), “official warning” of the KGB (1974), house arrests (1977, 1980, May-September 1984 , after being detained in Gorky). She emigrated to the United States in 1985 and taught mathematics at Boston and Suffolk Universities. Lives in Boston.

October 2021:
Despite being in her 80’s she would take long trips walking across the city almost every day, she was always above average fit and spirited. A social worker stops by saying that there were anonymous calls that my mother was “wandering” outside and looked “confused”.

I call to bring her into the hospital because of a minor thing, and next thing I know, her and I are separated, and she gets admitted to the hospital for ‘Social Vulnerability’. Before getting forced off of access to her Patient Portal, which she had previously whole heartedly consented to me accessing to better care for her(she developed just slight cognitive decline in recent months), I get a minute or two to read some ridiculous things that are written about me. More or less amounting to me being suspected of abuse by negligence, because our home was dirty.

Next thing I know, our home is boarded up, with an obscure building code violation, and the hospital says they will not let her go because I don’t have a place to take her. The building inspector, I am explained by officials, requires that I do a few plumbing and window repairs. Yet the inspector will not pick up the phone to allow me to make them.

Soon they diagnose her with dementia, have her on daily Haldol and Seroquel (anti-psychotics), and her mental abilities plummet. Except they seem to think that she was already this way before, or even that I was to blame. Consequently, since I did have a financial Durable Power of Attorney, but not a Healthcare Proxy(aka medical DPOA), hiding behind HIPAA, I am told nothing about what is happening with her there, despite being allowed to visit.

READ MORE about my Mother and also guardianship abuse:  www.GangserGuardian.com 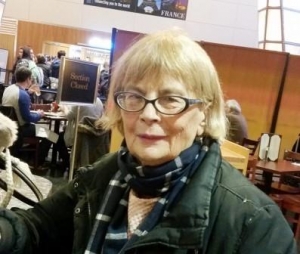