On October 30, 2007, Mom suffered a stroke which paralyzed her right side of her body.

Her Son had POA and locked up her house, took her purse and started guardianship proceedings while she was given drugs to keep her knocked out.  After several overdoses of pain medication, she finally had a guardian appointed over her.

After Mom’s daughters made sure that a separate Trust was set up to keep the guardian and her son out of Mom’s finances, David Dexel was appointed to be her guardian because of sibling conflict.  David stuck her into Silverado Senior Living Senior Living Dementia Center to live ’till present.  Because of continuance neglect, she have been hospitalized several times  and Silverado tried to get the guardian to administer Hospice to generate more money for them.

Mom pays over $7,000.00 a month for minimum care and is constantly exposed to dangerous situations daily.

The daughters have been trying to get her moved but have hit a brick wall.  The guardian moved mom over to the more advance memory care side to supposedly  administer more care; and since the move, she has had both bones broken in her right leg by falling out of her wheelchair after being left short handed and without supervision.

She was moved without any notice to her or her children.

The administrator of Silverado told the youngest  daughter that she and the guardian moved her and did not need any permission from anyone.

The next day after moving her,  a false  and ridiculous 911 report was called to Houston police against me stating I may have a gun in  the facility and to get me out now.  My visitation had been revoked from May 17, 2013 till June 21,2013 and then was revoked again.

The guardian refuses to communicate with the family and I believe the ad-Litem is dragging her feet and trying to protect the guardian.  Silverado is billing Mom’s estate for neglecting Mom, with the guardian’s approval.

We are presently pressing the guardian to tell if he intends to sue Silverado for neglect. 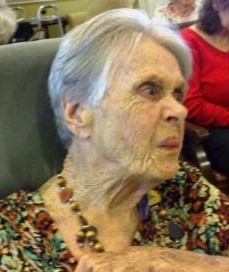 From The Silver Standard News, July 2018:

All Judges are Considerate, Measured, Consciencious and Fair….Well Almost All…

“…In Houston, Texas, a judge has issued what amounts to a landmark ruling by permitting a wrongful death lawsuit against a probate judge, concerning an adult guardianship case, to proceed.

A woman sued the judge stating that her elderly mother, a ward of the state under guardianship, had suffered broken bones and a rapid decline, due to an order to discontinue her physical therapy thus causing her muscle problems to worsen and contributing to her malnutrition.

In addition, she claimed that the judge ignored requests for emergency relief, including a request made two days before the woman died.  Clearly the judge did not exercise reasonable diligence in monitoring the guardians obligation to this woman.

This is a truly brave decision by Judge Rosenthal and can go a long way to help Texas with the problems they have been having with judges and guardianship cases.

A Probate Judge was admonished by the State Commission on Judicial Conduct for referring to a proposed ward in a case before her as “Mr. Maggot” and “Maggot Man.”  In April, the Texas Judicial Council admitted to the US Congress that nearly half of adult guardianship cases in the state are out of compliance with reporting requirements.

Texas Estates Code (TEC) specifically states that a judge is liable on a Judge’s bond to those damaged if damage or loss results to a guardianship or ward because of the gross neglect of the judge to use reasonable diligence in the performance of the judge’s duty under this subchapter.

“It creates a limited waiver of judicial immunity, allowing recovery for losses directly tied to the judge’s duties under the subchapter,” wrote Rosenthal in her decision….”