I desperately need help to rescue my Mom’s boyfriend, Walter, who is like a father to me.  Walter got sick with us in church a year ago. He went to the hospital here and they send him to a heart hospital. They worked on his heart ; but it went wrong and he had a stroke.  He was recovering and was coming home.  But, three days before he was to come home, tragedy struck — he fell and messed up his hip.  We were so upset because we wanted Walter home with us so very much.  We then made the biggest mistake of our lives…..

Because of the fall, we decided to move Walter to a smaller nursing home, Autumn Healthcare Center, thinking in a smaller facility, he would be watched closer.  We were told Walter would be able to come home right after rehab; but instead, they ran to probate court and filed to be Walter’s guardian themselves.  We (my Mom and I) were told we are not family even though Mom and Walter lived together for 5-7 years.  Family is in the heart and we love Walter.

False statements and outright lies have been made against us and we have been threatened for trying to help Walter.  I have cried myself to sleep over and over and so has my Mom.

Walter has been a prisoner for over a year now; and we are not even allowed to visit him.  He owned nine houses – mortgage free – and those have been sold off.

They say we can do nothing because we are poor and not Walter’s real family.

Can someone help us help Walter?  We miss him so much and want to see him so badly, and we know he misses and wants to see us too.  Our hearts are broken and we worry that Walter feels like we’ve deserted him, which we would never do.  We wonder if he’s being told we don’t care about him anymore, and that he’ll just give up.

We cannot afford an attorney; but we pray one will step forward to help Walter.  Walter needs and deserves that miracle.  Otherwise, we are afraid he will be lost.

If anyone can help us in any way, please contact me through NASGA at Info@StopGuardianAbuse.org. 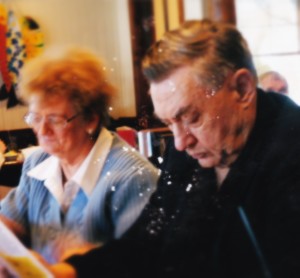