My father, Thomas F. FitzGerald, was born in Boston, reared in Manhattan, full scholarship at 16 to Webb Institute of Naval Architecture, NY. During WWII, he was Chief Naval Architect at Marinship, Sausalito, California for Bechtel Corp. Afterwards, he was structural engineer in San Francisco for 50 years.

When Pop was 83 (Aug 1997) we discovered his office manager had embezzled $400,000 from him over 8 years. His health rapidly declined from the trauma. We hired an attorney to sue the embezzler and the bank. Since all his money had been stolen, Pop took a $150K mortgage on his house to pay for anticipated medical and legal expenses. In Jan 1998 Pop broke his hip and was never able to return to his Nob Hill home (60 stairs up to front door). He spent 2 weeks in convalescent hospital whose care was so inferior, I had to be there all day every day. I moved him to a better facility. His health care provider exerts great pressure to discharge patients quickly. Meanwhile, my brother, his wife and I were preparing all the evidence for the criminal case against embezzler. In Aug 1998 she was arrested, spent 5 weeks in jail until posting $300K bail. Unbeknownst to us, Pop’s attorney made a deal with the district attorney to prosecute the 20 felony counts provided my father would pay DA’s expert witness fees. When we received a bill for $29,000, we refused to pay it. Pop’s attorney then secretly tried to have him conserved by contacting a probate attorney and sending her privileged information including my father’s social security number. The attorney posing as a court investigator gained access to my father’s convalescent home room and served him with notice of hearing. I came to visit 2 hours later; he said “what’s this all about?” I contacted the attorney and the professional conservator she represented. We had to hire another probate attorney to stop the attempt. Their intent was to encumber or sell my father’s home to pay all invoices submitted by the first attorney. Pop’s health continued to decline; he was never the same after Aug 97. We moved him to the best facility in Marin County, Marin Convalescent. The cost was a little over $5,000/mo. We refinanced Pop’s home to a loan of $300K. Due to all the medical equipment necessary to care for my father, the facility required that we have a private room at a cost of $8,000/mo to which we agreed. I had fixed up Pop’s house and rented it and the studio apartment underneath to help pay expenses. Pop’s 80-yr old sister, my husband, and I were all chipping in to pay expenses without having to sell the house (in the family for 80 years).

My father died Jul 24, 2000. We held his memorial in the China Cabin, Tiburon, the last vestige of William Webb’s architecture that my father helped restore. The stress from my father’s illness, the criminal case, and especially the conservatorship attempt almost killed me. I would wake myself up screaming. I’m still paying off the $300K. 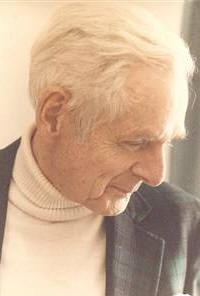