Until Judge Munger separated him from his mother, his wife, and his two children — he lived a wonderfully stable life under their care.

On Feb 20th, my Dad was found dead in his room. He was a mentally disabled person who required care. The public fiduciary decided to drop his guardianship despite his need for care. But, they kept his conservatorship going because when it all comes down to it, the money is the only entity valued in the Pima County Probate court. Until Judge Munger separated him from his mother, his wife, and his two children — he lived a wonderfully stable life under their care.

Ultimately, Jan Bernardini paid for a divorce attorney with my Grandma’s funds. Dad’s two children were left without a loving father who had previously been stabilized within a structured family environment. He was happy in the family environment and offered a lot of love to his wife, children, and mother. His wife lovingly offered the structure that he needed to keep his disease in check and he went without hospitalization for 7 years. This is almost unheard of with schizo-affective disorders.

Grandma offered both financial support and love as she nurtured this young family. In a fifteen minute hearing, Judge Clark Munger decided without any basis in fact to allow Ms. Bernardini to destroy this family. There is no public record of the real facts because only Bernardini and her “experts” testimony were allowed. Suffice it to say that my wealthy grandma spent a considerable annual sum on animal therapy (horses) for her son that was far more successful and far less expensive than the various therapies that had been offered. Until Judge Munger and Jan Bernardini came on the scene, the program was working well. Clark Munger’s brother, John, was witness to this family as he kept his horse at the same facility where the family kept their horses.

After Clark Munger and Jan Bernardini joined to do their deed, the children and their mother fled Tucson to avoid further harassment (they had been thrown out on the street on a 48 hour notice by Judge Clark Munger). He stayed in Tucson keeping in regular phone contact with his “ex” wife and kids. He visited his mom weekly — the only family member permitted by Jan Bernardini to do so.

My Dad maintained daily contact with his distant family and would relay messages to Grandma that they all loved her dearly. She would ask him to say the same back.

Recently, at the invitation of his “ex” wife and kids, Dad decided to move out of town to be with them. He had an airline ticket in hand. He was very excited to be with his children.

Perhaps more important, Dad had decided that he was going to do what he could to make things right. He loved his mom, he loved his kids, and he loved the lady from whom the court had separated him. He made this known!!

Dad’s desire to make things right did not serve the purpose of the court and their representatives in Pima County. His death certainly serves the purpose of Jan Bernardini and Clark Munger.

God Bless Your Dad !!!!! May your death help bring an end to this travesty. You will be deeply missed!!!!! 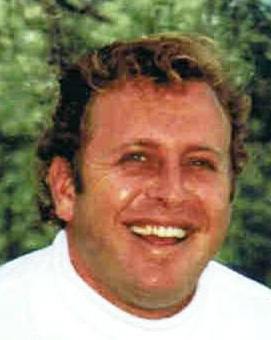