My son, Stephen Price, Jr., died at age 19, a victim of a guardianship/conservatorship abuse. A severe brain injury caused by hospital neglect at age 9 seemed to be the worst that could possibly happen, —until a few years later, at a custody hearing between the parents, the San Bernadino County Superior Court System turned Stevie’s life over to private professional parasite (guardian) Melodie Z. Scott and the gang of attorneys she works with.

At this custody hearing, although Stevie’s trust fund ($4mil settlement) was mandated to provide legal representation for him if needed, the court insisted on appointing an attorney of their choosing, who immediately suggested the parents nominate a friend of his as temporary guardian during the custody proceedings. When we declined, this attorney and his friend inundated the court with lies, innuendo, and accusation, apparently justifying the temporary appointment of this guardian (who, it turns out, is also the chief client of said attorney and firm) while we tried to sort out and disprove the lies.

I was able to show that both attorney and guardian had deliberately lied by the time a hearing was held for permanent guardianship; however, this didn’t seem to carry any weight against the exorbitant amounts of my son’s money attorneys and guardian were allowed to put on their case. For reasons unclear to me, the hearing was held in a neighboring city; Chino, where a traffic court judge’s calendar was cleared so he could hear Stevie’s case. This judge, (who within a year of the hearing was censured for 9 counts of judicial misconduct and then was retired for “psychological reasons”) found that Stevie needed a guardian, even tho he had been thriving physically, financially and psychologically without one.

For the next few years, I battled almost daily with this crew of predatory parasites; going thru 3 attorneys and contacting every justice, news, political and professional entity I could find, to no avail. I was successful in preventing Ms. Scott and crew from placing Stevie in a facility– keeping him at home and remaining his primary caregiver despite their efforts; but I was unable to prevent the decimation of his health care and his finances. In one arrogant display of power, Ms. Scott got a court order to give Stevie a tracheotomy against the advice, testimony and objections of his parents, nurses and primary/pulmony doctor of 6 years. Stevie never recovered from the needless tracheotomy and died a year and a half later with no explanation. Ms. Scott and crew had gone thru well over $2 mil – leaving not even enough to pay his bills.

As probate administrator and successor conservator, I was able to confirm my suspicions about the fraud and misuse of his money; Stevie died in debt. Too bad there’s not someone to complain to.

We miss you, Stevie. 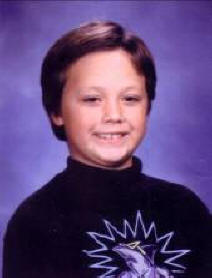