Clifford and Netta Paulson (Grandad and Nana) are my maternal grandparents. Grandad is a WWII veteran and Nana was a speech therapist. My mother, my siblings and I have always been extremely close to Nana and Grandad. From 2004 to 2010, Nana and Grandad lived with my mother, my siblings and me. Later they moved into their own house in WV. Nana and Grandad then began to have difficulty paying bills and administering medications, so Nana and Grandad’s six children began discussing how best to take care of them. When talks broke down, two groups formed. On one side were two of my aunts (Aunt 1 and Aunt 2), and on the other were Lani Wilkinson, Lee Paulson, Marshall Paulson and Lele Wentworth.

Without notice and over my grandparents’ objections, Aunt 1 (a resident of North Carolina) used a pair of 2008 advance directives to force my grandparents out of their home and into Somerford Assisted Living in Hagerstown, MD, a facility 25 minutes from my mother’s house. This occurred in November 2012.

This move not only violated common decency, but it violated the explicit terms of the advance directive:

Somerford employees are Grandad’s mistresses and on this basis talks of divorcing him (they have been married since 1949). Aunt 2 has abused her powers as temporary guardian by banning family members (including me) from visiting at Somerford on the grounds that we “agitate” Nana and Grandad. No one can take Nana and Grandad out of Somerford without Aunt 2’s permission. Aunt 2 only allows Nana and Grandad to come to my mother’s house once per week, claiming that otherwise they will be “too tired”.

Since March 2013, Nana has had two serious falls while unaccompanied at Somerford. The first fall broke Nana’s collarbone and her rib and left her unable even to feed herself (she has since recovered).  In the second fall (July 2013) Nana cracked her skull open on the hallway floor of Somerford. The resulting head wound required eight staples.

Nana’s mental condition is such that she does not understand where she is. Nana routinely calls us crying and begs us to take her home from “the hotel”.

Thank you for reading. Please help our family in any way that you can. 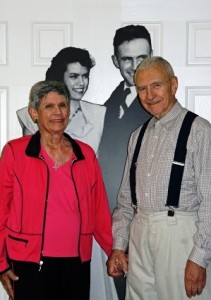 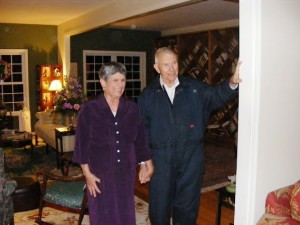