State of Delaware & State of Connecticut

Our family’s nightmare began in August 2004. My parents, Ralph and Maydelle Trambarulo, had moved to Delaware to be near son Paul in 2003, after living in Red Bank, NJ for 47 years. Mom, 77, suffers from Parkinson’s disease and related dementia. Dad, 83, suffers from normal pressure hydrocephalus, and has difficulty walking and breathing.

After Mom broke her hip, our cousin Teresa Sirico reappeared (after an absence of 8-10 years). Teresa is Dad’s niece and is a real estate broker in New Haven, CT. When Teresa proposed bringing Mom to Connecticut for treatment, we agreed. We trusted Teresa as a family member and wanted the best medical care for our wife and mother. Once in Connecticut, she told us Mom couldn’t come back to Delaware. Mom had been kidnapped!

In September 2004, we received notice that Teresa had been appointed Mom’s Temporary Conservator (Connecticut’s term for guardian) by the Probate Court of Woodbridge CT. This was done “ex parte” (meaning “emergency” so no hearing was held). We weren’t notified until afterwards. Three attorneys, (the “independent” Conservator, Mom’s attorney and the Guardian Ad Litem (GAL) were appointed to advise the court on “what is best for Maydelle”. Their view of us was formed not through direct knowledge, but through (mis)information supplied by Teresa. All three were paid from Mom’s estate, @$200/hour, for reading e-mails, talking on the phone, court appearances etc.

Our family (Dad, myself and my siblings, Alice, Margaret and Paul), were all united in wanting Mom to return to New Jersey to be near us in her final years. However, our wishes were disregarded by Judge Hoyle and the other court officials. Remember, these outsiders knew what was “best” for Mom!

Judge Clifford Hoyle denied our motion disputing the Connecticut court’s jurisdiction of the case, even though Mom had never been a Connecticut resident, never voted in Connecticut, never had a Connecticut driver’s license or paid taxes in Connecticut. Judge Hoyle decided that it was in Mom’s “best interests” that she stay in Connecticut. This effectively ended my parent’s marriage of 52 years, as Ralph, her husband, lives in New Jersey and couldn’t travel to Connecticut. Dad had to obtain a mortgage (at age 80!) because he was denied access to funds in joint accounts. In a proposed division of the estate, Judge Hoyle stated that he was being ”generous” in allowing Dad 50% of the joint funds, when in fact Dad was the principal contributor to that estate.

There’s a very obvious conflict of interest here: the Probate Court officers are the ones who get to decide whether the source of their financial “gravy train” stayed in Connecticut or was allowed to leave! It was clearly in THEIR best interests financially that Mom remained in Connecticut. The Probate Court’s primary function should have been the reuniting of Maydelle with her FAMILY, and the true conservation of her person and financial estate, NOT the reallocation of her hard-earned assets to court officers’ own bank accounts! (As of Feb. 2008, Conservator Mark DellaValle has billed Mom’s estate for over $100,000!)

We appealed Judge Hoyle’s decision in Superior Court, and Judge Angela Robinson decided on September 28, 2007 that Connecticut had NO JURISDICTION over Mom. However, Mom remained in Connecticut until January 22, 2008 due to the appeals process. The conservator was allowed by Probate Judge John Keyes to hire TWO attorneys to continue to fight us, Mom’s family, with HER money!

I would not wish these circumstances on anyone. A loving family has been torn apart by a self-serving legal system containing an insidious corruption of cronyism and greed, used to the utmost by those who know how to manipulate the system for their own perfidious ends. Unfortunately, we now know our family is not alone in this horrible situation. As more Americans approach what should be their “Golden Years”, this assault on fundamental rights is being repeated nationwide. Being aware of the disastrous possibilities is the first step to protecting yourself and your loved ones! 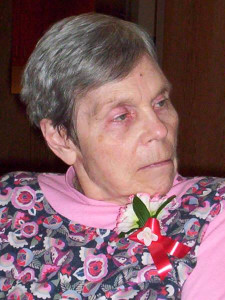