State of California & State of Nevada

Conservatorships Can Be Sadly Messy
by Laura Ernde – August 4, 2006

John “Jack” Donovan thought he was well-prepared for his twilight years.

The war veteran had planned to live out his retirement at his home in Daly City and had named two of his children to take care of his affairs if he couldn’t.

But it all began to unravel about two years ago when his children, Bruce Donovan and Sherry Moser, had a falling out and San Mateo County officials stepped in to pick up the pieces, according to court records and family interviews.

In less than a year, the 81-year-old was moved from an assisted living home near Moser’s house in Las Vegas, to Daly City, and then back to Moser’s house.

After Donovan’s children patched up their differences — agreeing that their father should live at Moser’s home — San Mateo County officials refused to give up their hold on him.

Now it looks as if the county will sell Donovan’s house and keep the proceeds, grim news that Moser does not want to deliver to her dad.

In general they said, it is often not easy to sort out right from wrong in family squabbles such as the one that set off Donovan’s case.

Steve Osawa, who oversees the court investigators, said he and his staff do the best they can to figure out who has the best interest of the older person at heart.

When siblings are fighting, it is often best to place the decisions in the hands of a third party, he said.

Moser admits there was a time when her father needed the county to intervene.

Trouble started in August 2004, when Bruce Donovan brought his father back to Daly City from an assisted living home near Las Vegas without Moser’s consent.

While the two siblings argued about who should have control, the county stepped in to manage Donovan’s affairs. The court named the Public Guardian’s office as his legal caretaker.

After being briefly hospitalized for a stroke, Do

novan moved back into his Daly City house under the care of county-hired aide workers.

During the next few months, Donovan’s health began to decline rapidly, according to his children.

They complained that the county-hired aide workers were not taking proper care of him.

Moser and her brother, who had reconciled, decided the best thing for their father was to move him back to Vegas into Moser’s house.

They received a doctor’s permission to move him, but they did not get the authority from the county, his legal guardian.

For that reason, the courts ruled that Moser could not be entrusted to care for her father.

“She has extremely poor judgment and showed a high disregard for the legal process and for the conservatee’s health and safety,” a lawyer appointed to represent Donovan wrote to the judge.

The family’s attempts to convince the county otherwise have fallen on deaf ears, though they recently obtained a doctor’s letter certifying that Donovan is competent to make his own decisions.

On a visit to Las Vegas several months ago by a San Mateo Times reporter, Donovan appeared to be happy living with Moser, her husband and their youngest son, Shane.

Donovan sleeps in the lower bunk of a bunk bed, on a rubber-covered elevated foam mattress. His walker and wheelchairare close at hand. There is a remote-control listening device installed next to the bed, and Moser says she listens to him snoring all night.

Although he speaks with some effort because of his physical limitations, his mind is alert.

“I like it here,” he said, sitting comfortably in an easy chair with a blanket over his legs. “This is my home, my family.”

When asked if he wanted to return to his home in Daly City, he emphatically shook his head no.

He goes to therapy, paid for by Moser since the county gives him a monthly allowance of only $100.

Moser says Donovan, who once never wanted to leave his home with its view of the Pacific Ocean, now lives in fear of being sent back.

He would like to be able to visit one day, which is why Moser has been pleading with them not to sell the home.

He bought it more than 40 years ago, and Moser estimates it is worth about $400,000, modest by San Mateo County standards.

A few months ago, county officials told her she would have to hire an attorney to retrieve the personal belongings she wants from his home, she said.

No one from the county has asked Donovan what he wants. They did not visit him when they came to Las Vegas to fight Moser’s failed attempt to have the conservatorship transferred there, she said.

“Why is nobody asking him what he wants?” Moser wrote in an e-mail to the county. “Shouldn’t he be able to ask for some of his own items? He can and does understand. And he wants the county to release him. He would beg you to — if someone would just talk to him.” 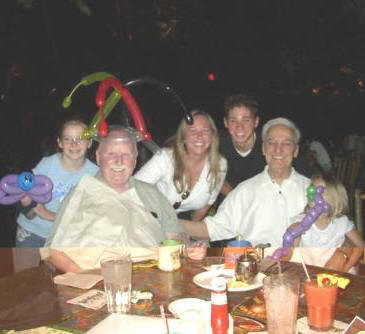