My Grandmother did all the things older people are advised to do to protect themselves, and yet when she suffered a massive stroke and became defenseless, none of it counted. She gave my Mother her Power of Attorney and added her on her checking and charge accounts. Her will was fair and equal to both her children. This gave her peace of mind that no matter what happened, she’d be all right.

But she wasn’t. After the stroke left her totally debilitated, unable to speak, and defenseless, her son began a campaign against my Mother and Grandmother in pursuit of his inheritance. My Grandmother didn’t know to protect herself from her own son; she didn’t think she had to. She was wrong. My Mother’s attorney advised a guardianship would best protect my Grandmother. Not knowing better, my Mother took his advice.

Then the court appointed Old National Bank as guardian of the estate and they literally “charged” right in, immediately reversing every financial decision and all the careful planning my Grandmother made prior to her stroke.

They charged exorbitant fees for sloppy, amateur, and fraudulent work. They even changed and probated my Grandmother’s will while she was alive. Every unnecessary and outrageous bit of it was rubber stamped by the judge. We fought like hell and depleted our life savings in legal fees, but still there was nothing my Mother or I could do to protect her from Old National Bank, the lawyers, and the judge. 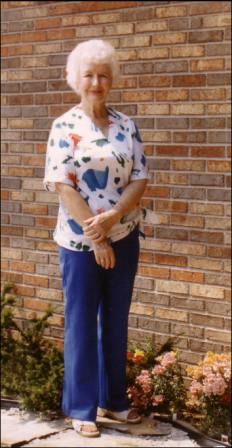