My “Auntie Mame” as she called herself, (and penned every card), who I adored and have loved for 50 years as a mother…A professional entertainer, and dancer in the USO shows during WWII, in the South Pacific and European war efforts. ..A whip smart beauty with a crackling wit.

2009: Marilyn E Miller, along with her husband Delbert Miller, were forcibly removed from their home in Clearwater FL, 2009. Following this eviction, Mr. Miller died shortly thereafter.

Marilyn has no children of her own. Her nieces Carol Haley ( Sarasota FL) and her sister Patricia Haley (who resides in CA) are her only living relatives. At the time of her incapacity hearings, Marilyn Miller had a living trust with advanced directives indicating her niece, Carol Haley to be durable power of attorney and her health care surrogate in the event of her incapacitation. Ms. Haley was not informed of this directive, and neither she, or Patty Haley were ever, contacted by the court, by Ms Ballew, nor the attorney’s office regarding her aunts medical condition and incapacitation.

December 24, 2010: Following the return marked “addressee unknown” of a Christmas package to her aunt, Ms. Haley searched Pinellas County records to discover that her aunt Marilyn had been placed under guardianship. Ms. Haley phoned the guardian and was informed that her aunt was placed in an assisted living facility known as the Palms of Largo Florida.

Ms. Haley immediately placed a phone call to the Palms. Marilyn was lucid, throughout the conversation. She expressed unhappiness over the loss of her husband and a deep desire to return to her home in Clearwater Fl. The telephone conversation ended emotionally, with Ms. Haley promising to phone again before the end of the phone day.

Ms .Haley phoned several times later in the day, and was told by staff that her aunt was engaged in activities, or at a meal. The final call Ms. Haley made on Christmas eve to her aunt was answered by a nurse who informed Ms. Haley that if she continued to phone the facility, harassment charges would be filed with the police.

December 30th 2010: Ms. Haley rented a car and drove 2 hrs to the Palms facility in Largo Fl to see her aunt and was not allowed entry by staff.

Dec 24, 2010 to present: Consistent but unsuccessful, (documented) attempts of telephone contact w/ Marilyn by Ms. Haley. Nursing staff at Palms of Largo informs Ms. Haley that all phone calls and visits to Mrs. Miller must be approved by her legal guardian Ms Ballew.

There have been 3 incidents of successful telephone contact since Dec.24, 2010 by Ms. Haley when she did not indicate her name and phoned during holiday or “off hours”.

On two occasions Ms. Haley contacted Guardian Abuse hotline of Pinellas County requesting review of Marilyn Miller’s guardianship and was told the requests had been denied by judge.

To present date, my aunt and I are denied any relationship. A relationship that spanned 50 years has been amputated by the Pinellas County department of social services. This is atrociously cruel in light of the fact that I am unmarried, without children, parents deceased and we are the ONLY living relative to each other, (with exception to above mentioned sister in CA).

This has been a heartbreaking experience, and a grand theft on many levels commenced with outrageous and heartless impunity.

I am unable to pursue the rightful and lawful position of POA granted to me by Marilyn’s trust due to the cost of legal services.

I fully support and wish to be part of any activism which can be perpetuated against these criminals.

*Marilyn is a veteran of WWII, and there are (were) many photos of her in uniform in the South Pacific, Quadraline Island, and Korea entertaining the troops as a USO performer. Tragically, I do not have these photos because the guardian seized and sold all of my aunt’s possessions. 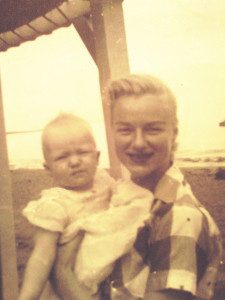