Into the Devil’s Arms She Went
by Rana Goodman

I have been writing for months now about using extreme caution to make sure that you don’t fall into the clutches of a private-for-profit guardian.

This story however is greatly different. This story is about a lady and her daughter who fell into the clutches of a couple who befriended them.

This story I’m about pass along to you has all the elements of a movie script in the making, except that, I’m sad to report, it is painfully true. For Yvonne Frank, the remaining family member living a world away in Switzerland, the loss of her mother and sister at the hands of a couple who they trusted is as fresh today as it was a few years ago. And still, she has no answers, no charges have been filed and as far as we know, there is no open investigation.

Here is the story in Yvonne’s words:

My mother, Margaret Brown, immigrated to the United States and took her US citizenship in 1964 and lived in Las Vegas along with my younger sister Mona. Mona lived close to our mother, who had some dementia issues as she aged, but lived a comfortable life with her long time significant other, Stanley. Mona, who was a full time finance manager at UNLV had taken care of our mother’s finances since 2003 so that part of daily life was removed and our mother could enjoy her day to day life.

There came a time in 2006 when mother’s dementia worsened and a decision was made amongst the three of them for Stanly to sell his home and for him and mother to move in with my Mona. At that time Mona still had her great job at UNLV which she had held for many years. Sadly, the tide began to turn when suddenly in 2007 Stanly suddenly passed away. He had not forgotten Mona’s kindness or help, and left her about $125,000 as thanks for the care she had given him and mother over the years.

I learned, sometime in October, 2008 that mother and Mona had gone to the law offices of Jeffery Burr Ltd. And saw one of the attorneys there. (keep in mind that my mother already had dementia and was incognizant at the time, the result of a stroke years before). At this meeting my mother modified her trust that had been created in 1993 naming Mona as the primary trustee. Mona and myself as trust beneficiaries. The trust was to pass from mother to Mona and then to me.

Mona then, for some reason, signed naming a friend of hers, Jeanette Ann Hill a secondary durable power of attorney over our mother and trust management with mother in the event that Mona died before mother. Taking into consideration our mother’s mental state and the fact that there was another living child, it is hard to understand any attorney making this recommendation. Mona’s friend Jeanette was also named co-trustee to Mona whose estate was worth more than $500,000 at that time.

Just eight weeks later, on December 3, 2008 Mona died very suddenly and without any known cause in her home. I was notified that “there was some kind of kidney problem” but was never shown proof or an autopsy report of any kind I immediately called my mother to find out what had happened. I went to Las Vegas for Mona’s funeral and afterward asked my mother to return to Switzerland and live with me. However at that time she preferred to stay in the US.

In January I again asked my mother to go to Switzerland and live with me since at that time Jeanette was discussing placing her in an assisted living home. However, when Mona’s home was sold and my mother received 60% of the estate, suddenly Jeanette announced that she and her husband were buying a larger home and my mother would live with them and remain in Las Vegas.

It was after visiting with my mother in May of 2009, and then returning home to Switzerland that I began to do some research. I discovered that the home Jeanette and her husband purchased had actually been bought by my mother. I could not fathom why no one would question an 83 year old woman deemed incognizant, yet purchasing a home for $249,990. The home, located on Pacific Opal Street was listed on the assessors list clear as day? I found that very odd and what mortgage company would not find it fishy, then I discovered that my mother had paid for the house in full. . Shortly afterward, Jeanette changed mother’s trust with the help of an attorney named John Mugan, bequeathed the house to herself and on 12/9/09 the house on Pacific Opal was “resold” to Jeanette and Robert Hill.

Not one to sit idly by, I tried many things to get help for my mother who was clearly distressed over the situation. For example, my son placed a call to the American Embassy who suggested that we try to get guardianship of mother. Well that could not be done, not only were we not residents of the state, we were not US citizens. By the time my mother passed away in 2011 an estate of close to one million dollars was decimated and no one could or would lift a finger to stop it.

We filed police reports to no avail,it seemed like the detectives had no interest even though two people had died on Jeanette Hill watch under odd circumstances and now this real estate scam. Jeanette Hill had tax warrants, unpaid liens, and still the police say they can do nothing “because she was my mother’s guardian”.

In closing I would like to quote Yvonne Frank when she wrote “My mother, sister and I had a very close relationship. The Hills have brought much sadness into my life, through their constant lying, deceit and fraud and my inability to help my mother when she was clearly in distress. I believe the court system and the Jeffery Burr law firm assisted Jeanette Hill in the fleecing of my mother. I hope the investigation into guardianship abuses in Clark County will one day bring these people to justice.” 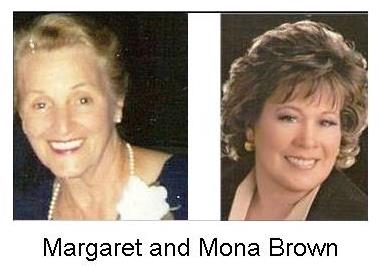