Put into an assisted living facility against her will, Esta was so unhappy that she lost 26 pounds and became very depressed in just a few months. Rather than sit around feeling sorry for herself, Esta did something about it. She began by writing to the media. At first, Channel 7 (ABC) contacted her and me.* However, this reporter wanted us to prove that the guardian (Sam Rausman) stole money. We could not do that.

I asked Mary why she responded to Esta, and she told me that she was impressed that an eighty year old lady could write such an eloquent letter.

Esta should give us all hope. 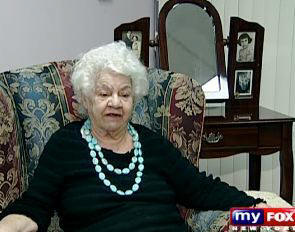