“A Story About Ken”

This is a tale about a family going after a now 97 year-old father-husband for his money, which the family would’ve gotten anyway. Only now, sans paid legal fees of close to $1M; and treating themselves on the side, there is noticeably less to spend. The Court, attorneys, guardian, GAL—a “super” guardian—and the residence, are seemingly all in cahoots.

Family coffers were running low, so the guardians and house doctor (paid in part by the family), have decided to change Ken’s legal, repeatedly written and spoken wishes, from as recently as a few weeks ago: he wants to live. The guardians’ plan is to substitute DNR–(do not resuscitate), for CORE/Code (resuscitating and/or prolonging life). When Ken is gone, it will free up about $125,000 per year for the family and recipients, plus Ken’s current estate of the remaining $Millions.

The question isn’t about DNR (humane in and of itself): the question is a person’s right to choose. Ken chooses to do his best to live and recover, no matter what. The back side of DNR, quick and painless, is that it quietly allows for an excusable, no-one-will-be-the-wiser, death… Benign on the surface, in this story, DNR is not.

Ken has one working hearing aid–in spite of his severe binaural hearing loss; his guardian won’t replace them. She won’t have impacted earwax removed, won’t mandate putting in new batteries, monitor, or train caregivers to look out for them. Nor will the guardian take Ken to his audiologist for hearing loss adjustment; guardian treatment like this is considered “neglect—” “domestic abuse.”  The supervising GAL exempts herself from knowledge and responsibility.

Ken has not seen his seven docs– all experienced specialists; nor gotten a haircut—in 11 months.  He is only seen by the generic young house doc–hired by the residence, and dependent upon the support and trust of this family and its guardians with their unified goal in mind. Ken’s four licensed physical/exercise/massage therapists were terminated—his back is fractured in two places. Often now, Ken lies and sleeps. He has multiple issues, gone unchecked, unattended, and is in pain. The guardian refuses Ken even a Tylenol. For fear of being admonished for complaining, drugged further, he tries to ignore the pain.

The house doc is prescribing psychotropic medication—she is not a psychiatrist or a neurologist; she does not know Ken, who has an usually high IQ, eidetic memory, and who is a licensed psychologist having written 16 bi-lingual textbooks in math and reading–volumes K-12. Ken is also extremely med sensitive. His mind works differently from most, but the doc doesn’t know this, as she seeks no history of her patient.

The GAL and guardian have done nothing for the man, but isolate and forbid him. He loathes them, intuits who they are inside of themselves. Their response to Ken is “payback,” in the way he’s treated. [COVID is only a small part of the problem in this case…]

Ken is malnourished, he has an undiagnosed cyst, and significant dermatology issues from previous multiple bouts of skin cancer. There is more, yet he is given no specific care, save for the house doc who describes Ken as “friendly.” She seemingly does nothing for him but inaccurately testing Ken’s comprehension, and prescribing drugs.  EG: (The house doc tested Ken as, “not able to dial a phone;” the phone records show him dialing as often as 41 times a day. What else does the house doctor test, one wonders…)

Ken has dementia, and it is encroaching. However, he is both increasingly drugged, and deprived of his hearing, without a neurological/psychiatric/psychological consult. Does this alone affect a person’s capacity to reason/comprehend? Of course.  He is a prisoner in his drugged, silenced mind.

Ken has been in the same room—in a lockdown unit—for four years. He used to get out often, have lunch, go to the park, enjoy. Not since a change in guardianships, however. These guardians and house doctor, without saying why, forbid Ken from leaving his space. They are waiting. Waiting… They are afraid if Ken is let out, he will be taken at once to a hospital, and rescued.  They are afraid of Ken.

The American Second World War lasted four years; Ken knows that he is currently a prisoner of war— that his thinking/reactions are the same as those who tried to survive the Camps.

Good news!  Ken has an advocate. She met Ken at age eight.  He, recently home  from the Navy–1956, was teaching school to pay for his three upcoming university degrees. They have remained close friends, now 65 years later.  Her name is Deb. She knows medicine, and can “smell” trouble” when it’s nearby. She is not afraid to fight.

Deb has cared for Ken these last four years, and is with him, still. She does not charge; she is his dear friend. Ken hadn’t been allowed to see Deb for many weeks, although they had spoken; when she finally saw him on Zoom, she grasped what had  been done to him and for him.  Smoldering, she began to drop off two Arby’s roast beef Classics and a large Coke, 4-5 times a week.  He is slowly gaining weight.

Deb is still not allowed to see Ken–their Zoom visits were cancelled abruptly by the GAL, who complained Ken was upset by them. (Interestingly, no one else seemed to notice.) He becomes more and more isolated–in solitary.

Ken stopped eating months ago, when the Judge—without notice, evidence, testimony, witnesses, in a 10 minute “status” appointment-setting hearing—was coached by the same now GAL: the Court decided to end Deb’s three year guardianship, showing no evidence of having received or read 19 letters of recognition for Deb’s guardianship efforts  —beginning when Ken first fell and originally ended up in Hospice, 3 years ago.

At that time, Deb said to Ken, “No one dies on my watch without my permission. You don’t have it, so let’s get you out of here.” Ken spent 3 months recovering in Skilled Nursing after that, and was upgraded to Assisted Living, where he has stayed, since he was 93.  He’s plenty tough; so is she.

When Deb was guardian, in charge of Ken’s care, he was climbing up and down 2 flights of stairs a day, and riding his exercycle. He ate in the bar, paddled his wheel chair with his feet. His doc said he would live to be 100 years old, no problem.

The family, however, with its “planted” co-guardian, heard this. Two weeks later, Deb was out, and the co-guardian was in (in spite of published articles about this woman’s previous records of abuse toward other wards, and their demise). The GAL was also legally put in place. All this time, Ken has never been allowed an attorney, “because he was too demented…”  Deb has been his only advocate.

As Ken tries to maintain himself, the drugs seem to work against his mind, and mysteriously get stronger, dull his thinking, encouraging anger. OCD (obsessive compulsive disorder) increases, and magnifies his forgetfulness.

He has less and less access to information: a couple of weeks ago, Ken was discussing Trump. Now, that area of his mind has abruptly dulled. Is dementia taking a giant leap, or is it another/different medication? The medical/legal clique on Ken’s team is cloistered, despite a Settlement Agreement to the contrary.  He is treated like a child; he hates where he lives.  No one pays him any mind.

On Deb’s advice  Ken chooses to “travel” to different places in his mind, as his actual existence is too horrifying to live through. He is happier at sea, on a big ranch with a 16,000 acre lake, or planning a curriculum–teaching again. He goes mountain climbing, chats with Deb’s dad—whom Ken knew since Deb was a child. Ken is a very very busy man! And why not?  He has a good time, given his private reality. His eidetic memory is a huge enhancement to his journeys–his mind recalls details as he perceives his vivid surroundings.

He and Deb talked every day, until the GAL cut his incoming phoneline: She accused Deb of “stalking” Ken, called in Protective Services, a City attorney, and a city ombudsman “to protect Ken’s health” from her calling.  Artificial phone records with no company name, were produced–72 calls a day!  Not  a soul questioned: who had the time for all those calls?

The two inseparable friends used to call each other, speak tenderly, as well as about Ken’s busy schedule. He was loved, appreciated, flattered, with each phone call. Now, he is silenced, as more drugs curb “anger” that the house doc and GAL, blame on Deb’s harrassing Ken, when he chances to call her.

To Deb, Ken is always the smartest, most handsome man in the world, and she tells him.

All who remain are the guardian who seldom visits, allows, or initiates care; the GAL, who does little but isolate, punish, and deprive Ken, as he is separated longer and longer from humanity; and a family who isn’t a family, other than in its united greed.

Deb fights every way she knows. The implementation of the dreaded DNR order looms, and the same Judge who terminated Deb as guardian, will now implement the DNR order that will assist in terminating Ken, as well.

Ken says, “I didn’t go to war for four years, and risk my life to come home to some goddamned bastard who will kill me with a hypodermic needle. I want to live. I want to live!” 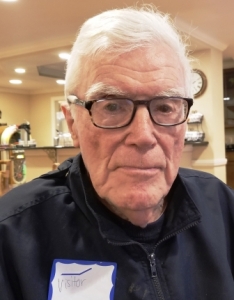 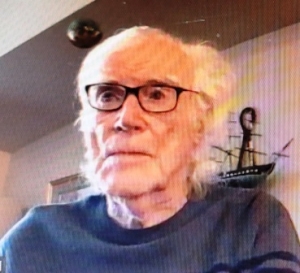