What meant most to my father throughout his life was his family, beginning with my mother. The only time that I ever saw my father cry was the day my mother died. There wasn’t anything he wouldn’t do for her. He often worked two jobs in an effort to make our lives comfortable and happy. Sometime around the time that I was born, he left RCA to start his own business doing the kind of repair work that he had done for RCA. His customers included many prominent members of the community with whom he was proud to associate. His work would take him inside the homes of these people, and he would beam when I would go with him, carrying his toolbox.

In addition to sometimes accompanying my father on his service calls, I would also sometimes accompany my father to local movie theaters where he would supplement his income by operating the projectors from high up above the audience. That was a real treat, because the concession workers always treated me royally, filling up a brown paper shopping bag with popcorn that was loaded with butter before we went up to the booth. In the booth, my father would have me sit atop phone books that he stacked up on a chair behind a small portal situated between the two large projectors. From this perch I watched the movie. Loading, unloading, and rewinding the film left my father some free time, which he would use to complete study courses that he took in order to earn promotions in the U.S. Air Force Reserves, which he joined following his service during WW II as a navigator.

My mother died while I was serving in the Air Force during the Vietnam War. I was allowed to come home a day or so before she died. When I returned to duty, my father was left alone. He sold our home and moved into an older, smaller home a few blocks away. I completed my service and could have returned home, but I didn’t. 2000 miles away, my father kept close mostly by calling me each week and occasionally by arranging visits. One visit was especially remarkable. I took my father for a short, easy overnight hike, during which we awakened to the honking of magnificent trumpeter swans. Near the end of the visit, I proposed to my wife, and after the visit my father impressed friends back home by showing off the scratches on his legs from walking through bramble in shorts at the end of our hike. One of those whom my father impressed became my step-mother.

My step-mother and father began their marriage with a prenuptial agreement. When my step-mother realized that my father was going to die first, she wanted to break that agreement. During my father’s final months, she tried more than a dozen times. Ten days after my father was admitted to the hospital for the last time, she tried again as soon as she was notified by the hospital that my father’s cancer had ruptured his stomach and that he would not live out the day. My father was still able to tell her No in that condition, but my step-mother refused to accept No for an answer. With the help of her daughter, a lawyer for whom my father had expressed “extreme distrust” to other lawyers, my step-mother was able to get my father to sign the paper her daughter prepared and brought to the hospital.

Because law enforcement refused to even investigate what had taken place, I needed to hire attorneys to collect the evidence which I link online to the webpage http://members.aol.com/tvfields/ILF_Links/Frameset001.htm. This evidence, which includes the testimony of the doctor who was called to my father’s bedside when his stomach ruptured, provides many important lessons which I hope the readers of this memorial will appreciate. For many people, the most important revelation of all is that our courts would uphold a financial document signed under the conditions that I just described, even when a doctor testifies that while in that condition my father did not even recall that he had a will.

Because of my experience, I have spent most of two decades advocating legal reforms that are needed to protect us against the opportunists who would take advantage of us when we are least able to defend ourselves and our heirs. My experience has proved to me what similar experiences have proved to others: the legal profession in this country is despicable. In order to protect us against that profession, we need to add to our Bill of Rights at least one more basic right, without which the others are often given little more than lip service.

Without such a constitutional guarantee, only those who can afford the protection racket that is run by this country’s bar and judicial associations are protected by our Constitution and Bill of Rights. 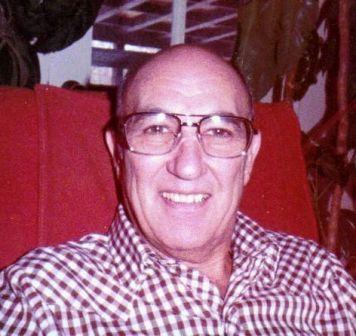