Bill Henry Waddell had planned carefully for his old age. Although he was born in Brazil, son of missionaries, he had worked hard all his life in the United States, as an Army Chaplain’s Assistant, then as a Social Worker and finally as a Presbyterian minister in rural congregations.

He had been two years to law school, so he gave me, his wife, power of attorney for health care and power of attorney for financial, just as I gave the same to him. And as we loved each other very much, we each willed the other all our worldly goods. The secondary beneficiary for him was his brother and for me my sister.

In August of 2007, someone hired Attorney Stephen R. Clark. He arranged for a social worker, Amy Suydam, who after visiting Bill in Ilinois, chased him over to Jefferson Barracks Hospital in Missouri in order to tell the social workers there that I was a poor caretaker. (They actually let her into all the conferences.) The social worker went before a judge, Judge Metz, Madison County IL, all behind my back so that I could not get a lawyer, and Amy Suydam asked that Sharon Mehrtens be my husband’s temporary guardian.

The guardian, who was not even on the State of IL approved list, walked into my husband’s rest home room on December 12, 2007. She asked me– out in the corridor—for me to put her name on our savings and checking account and to also put her name on our safe deposit box. She told me that if I did not tell her where my assets were, she would charge me $35 an hour to find them.

The next day, December 13, Bill was sicker. I could not even take him to the ER room because although I had power of attorney for health care and financial, others were in control through a temporary guardianship obtained by secret hearings (the contents of which I still don’t know.)

Bill was very upset by the fact that someone else was guardian. Bill asked me, “Please, can’t I go home to die?”

And I had to tell him I was powerless to take him home. Our last words together were, “May the Lord watch between me and thee while we are absent one from another.” And I told him, “I will always love you.” He died at 8:48 AM December 14th, 2007. While he was dying, the rest home could not reach me at our home because, following my brother in law’s instructions, I was trying to get a lawyer. The guardianship system was used to take away the man I loved, to harass him until he lost the will to live.

But Bill did not die in vain. As a committed Christian, Bill is with our Lord Jesus.

All during our 38 years of marriage, Bill would tell me how much he loved Whitworth College in Spokane, Washington. So I have established the William H. Waddell scholarship there.

Bill was a brave man. When a gunman captured our church organist and several of our elders at the Veterans Building in Watford City, North Dakota, Bill walked over to the police station at 3 in the morning to offer himself as a hostage negotiator. He would be happy to know today that he might be saving others from terrible suffering.

Bill Waddell was “a man to ride the river with,” as the Westerners say. The phrase means a person who is steady, fearless, and dependable, someone who will not flinch and who will bring his companion to the other side. Bill was such a person. He brought me through 38 years to the other shore.

-Mary I. Waddell, his widow 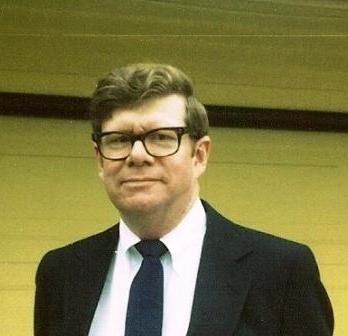