In 2005, my sisters secretly took my mother to an elder law attorney and obtained a Durable Power of Attorney, Health care proxy, living will with them as agents. They put the family home in a trust and had my mother make her will. They had her transfer all her money to accounts in their names.

On Christmas Eve in 2006, my mother was abducted from the only home she has known for half a century. She was taken away from the people and things she loves under false pretences by my sisters. They told her she was going to get physical therapy to strengthen her weak legs, and to do everything the facility said, otherwise Medicaid would not pay for the therapy.

At first they took her to the hospital and then kept transferring her to different nursing facilities where they were drugging her with so many drugs that she could not lift up her own head and became so weak that she was unable to walk and talk and is now permanently in a wheelchair.

I filed a Writ of Habeas Corpus to get her out of the nursing facility but my sisters filed a guardianship Petition, and instead of bringing her home, the judge appointed a temporary guardian to put her at my sisters house because my sisters said in the petition that I abused my mother (we lived in the same house for 27 years). These allegations are false and at first devastated me. However, I later found that such accusations are a common pattern in guardianships because the goal in such a proceeding is not the person’s best interest, but rather it is about how unscrupulous people get the most money out of the estate. I was never given the opportunity to present any evidence or cross examine my sisters.

Instead, my mother is being still being held incommunicado at my sister’s home in Brooklyn in a wheel chair, with no phone in her room, no money to call a cab or cry out for help. And what can she do about it?

It is more evil and sad than you could ever imagine. It is emotional torture for both me and my mother who told everyone she wants to go home to see her dog, and to die in familiar surroundings. I have not seen or talked to her for almost a year and cry myself to sleep wondering how she must be feeling about the daughters she trusted who have betrayed her. And I wonder if she thinks I let her down.

My sisters filed the guardianship Petition asking to be able to put my mother into a nursing facility for good, and to be able to evict me from the family home and sell it. All of this is against my mother’s verbal and written wishes.

You can see my YouTube videos if you search for: imamensa 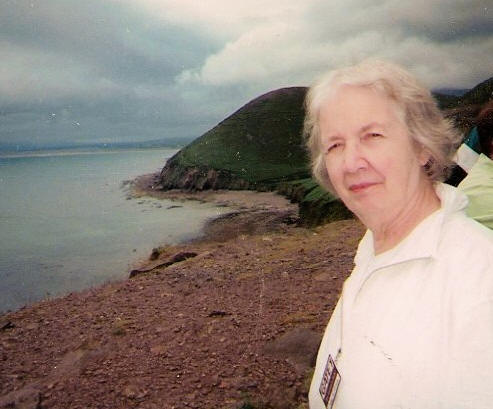