“In December 2016 Anastasia was admitted to Inova Fairfax Hospital with pneumonia.  While an inpatient she developed a large pericardial effusion with hemodynamic involvement.  Inova wanted to discharge Anastasia without treating her because she had suffered an anoxic brain injury 12 years before but was aware of her surroundings and spoke to those she trusted.  Yolanda, Anastasia’s sister, caregiver, and longtime POA, appealed the hospital discharge decision to Medicare Office of Hearings and Appeal in Washington, DC.  While waiting for Medicare’s decision Inova sued for custody of Anastasia in Fairfax County circuit court.  On February 15, 2017 Judge Stephen Shannon awarded custody of Anastasia to two Inova designated guardians, Kenneth E. Labowitz and Anne M. Heishman.  There were no allegations or findings of abuse, neglect or exploitation.  On March 3, 2017 Medicare issued a decision stating that Anastasia was still too ill to be discharged and still required acute care.  Unfortunately on February 17, 2017 Inova guardians Labowitz and Heishman had already taken custody of Anastasia and removed her from the hospital and placed her in a nursing home without family knowledge.

Anastasia was placed in a total of three nursing homes, all of them with histories of numerous findings and violations by Medicare.  The first nursing home, Dulles Health and Rehab severely broke Anastasia’s hip/femur.  The second nursing home Golden Living Center Sleepy Hollow neglected Anastasia so badly when she was found to have chemosis (blisters) on her eyes and severe sepsis, a severe UTI, and pneumonia after just eleven days there.  Once hospitalized Anastasia also had a broken ankle.  The broken hip/femur or broken ankle were left untreated by guardians.  The third and last nursing home, Envoy of Alexandria, took the neglect to a completely different level and ended her life.  In the six and a half months Anastasia was at Envoy she suffered abuse including but not limited to numerous serious pressure sores, was severely isolated, lost the vision in her right eye, and dramatic weight loss.

The guardians at first barred all visitors for Anastasia including turning away at least four clergy members.  The guardians then would only allow one visitor at a time, for one hour, Monday through Friday, between the hours of 9-5 which effectively barred anyone who worked from visiting Anastasia.

Yolanda went back to the circuit court but judges Brodie, Shannon, and Keller ignored her pleas and efforts.  She appealed the guardianship to the Virginia Supreme Court who drug out hearing her petition until after Anastasia’s death.

On November 10, 2017 per Labowitz’s order, Anastasia’s nutrition and hydration was withdrawn.  After six days without food or water and the administration of continual opiates and other drugs Anastasia died on November 16, 2017.  She died alone because of the restrictions placed on visitation by Labowitz.  Nothing is the same for Anastasia’s family.  She is missed every hours of every day but her family will never give up the fight for justice.” 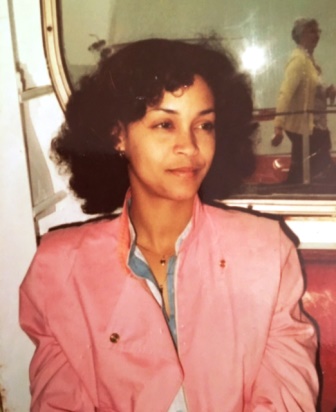