A popular misconception of guardianship and/or conservatorship victims is that the court-appointed Guardian ad Litem.  (“GaL”) is an advocate and representative for their loved one to the court.  There are other titles used in different courts: court evaluator, court visitor, etc.

The reality is quite the opposite.  The GaL is an official arm of the court with the responsibility of fact finding and reporting information to the judge – not advocating for the Ward.  The GaL does not represent the alleged incompetent person (“AIP”) in any respect.  If the AIP doesn’t want to go to a nursing home, for instance, but a nursing home is the GAL’s recommendation, then that’s what the GAL reports to the court – not the wishes of the AIP – and that’s what the judge orders!

Another tragic irony!  And guess who gets to pay for these early actors? 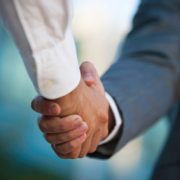 The Ward has to pay for the lawyer who represents the Guardian – instead of representing the Ward.  The Ward also pays for the Guardian ad Litem (GaL) who represents the Court – and not the Ward.   In guardianship abuse cases, both the Guardian’s lawyer and the GaL play the “protection” game all the way to the bank.  There is no understanding, either by the Ward or the family, at the beginning of the proceeding, about where these fees will be taken from.  The Ward has to pay all the fees for what the family considers their “adversaries,” and the family has to pay their own fees, trying to free the Ward.  Go fight City Hall!

Once again, the vulnerable Ward gets the short end of the stick.

Most of our state statutes entitle the AIP to representation at the inception of the proceedings, but others interject the GaL-type process first.    Apparently, the decision-making element  is set in motion before legal due process begins, if it begins at all. The AIP’s future is threatened by this process, and the legal fee billings are  adding up before the first hearing!

Look up Guardian ad Litem in  Webster’s and  unfortunately, here’s what you’ll find:

“Guardian ad litem is a term for a person appointed to protect the legal interests of someone considered incompetent or underage.” (Webster’s New Millennium™ Dictionary of English)

The Pirates
The Enablers
Who’s Really to Blame?
Who Else is Paying the Price?