34 years ago Lon Watts and Jim Heath met at Metropolitan Community Church in Houston. It was love at first sight. From that day forward they spent their lives together. They built a life filled with love and family. Although they had no children, they were like second parents to their niece and nephew. Throughout the decades, life was normal and they lived their lives like any other loving couple does.

In late 2005 when he noticed that Jim looked lost, was often forgetful, and spoke about past events as though they had just recently occurred, it was clear something was wrong. In early 2006, Jim Heath, 65, was finally diagnosed as suffering from early-onset Alzheimer’s, and Lon became his primary caregiver.

On July 15, 2011, when Jim was hospitalized for swelling and other medical complications, Lon said that Jim’s sister, Carolyn Heath Franks, a organist at the local church as well as a prominent and very well connected city resident, accused him of neglect and had him removed from the hospital. (Who do you think brought him to the hospital?). According to Lon, when he returned the next day, nurses told him that he was trespassing and was again removed by hospital security. Lon said he was then served with a “no trespass order” and was barred from visiting Jim. These actions were clearly instigated by Jim’s sister.

Later that month, Carolyn Heath Franks filed for, and was awarded, guardianship of her brother, which had the effect of legally disenfranchising Lon from Jim. Although they had set up mutual Power of Attorney documents and Wills, the documents were never formally presented to the courts. Lon was never notified that the guardianship proceedings were taking place. Jim was removed from the couple’s Pittsburg, Texas, home and sent to a full-time nursing facility about three blocks away. Lon said that at first he was allowed to visit Jim, and then without warning he was served another “no trespass order” barring him from the nursing facility, and any contact with his partner. Lon and Jim have not seen each other since this happened. The pure evilness of these actions are incomprehensible to any human being with an ounce of compassion, regardless of their stance on gay relationships. I can’t even begin to imagine how disorienting this was for Jim. Where is the love in any of this?

Carolyn Heath Franks had purchased the couple’s house with the understanding that they would be responsible for the mortgage payments, property taxes, and upkeep. They did this for 12 years on a 15 year note. Lon claimed that it was acknowledged that the men were a gay couple by family and friends, but as he told LGBTQ Nation, “We didn’t fly a rainbow flag or call a lot of attention to ourselves”. Carolyn Heath Franks sold their home of twelve years and Lon had two weeks to vacate.

Lon Watts said he contested the eviction, but ultimately lost the case on Valentine’s Day 2012. Within weeks, all of their life’s possessions were placed in a shop to be sold and Lon moved back to his mother’s home in Stroud, Oklahoma. After all of the legal fighting he was left with nothing and was forced to sell their wedding bands to get enough money for gas to return to his Mother’s home. This brought Lon to tears when he was sharing it with me.

Driven into the deepest depression, Lon Watts has spent the last year with nowhere to turn. His life long partner sits in a nursing home, alone, without the love and support of his partner. Lon finally shared his story on Facebook, and it has been getting more and more attention. Lon Watts doesn’t want this to happen to anyone else.

An Attorney by the name of Dax Garvin out of Austin has agreed to look at the case and take it on pro bono. Pittsburg, Texas is 6 hours from Austin and 5 hours from Stroud, Oklahoma. Although the case will be taken on pro bono, there are travel expenses, hotel expenses and legal filing fees that must be paid.

Lon is a kind and loving man who’s only desire is to be with his partner and take care of him. He is not looking to go after anyone for anything. He just wants to be with his long time love and partner of 34 years. This is something that should be denied no human being.

He is so very humbled and grateful to everyone that is coming forward and showing their support. This isn’t just a gay marriage issue, this is a human compassion issue. Can you imagine if this happened to you and someone you loved for 34 years?

Something awfully wrong and sinister happened in Pittsburg, Texas and it’s time to make it right.

If you want to help, here is what you can do:
-Make a donation. No amount is too small. It all adds up and makes a big difference!
-Contact the media
-Contact the city of Pittsburg, Texas-Share the story with friends
-Make sure people you love are legally protected from this kind of potential injustice. It can happen to anyone, not just gay couples.

Let’s all shine a light on this. Evil cannot exist where the light of truth and justice shines brightly. In the end, the only thing that should prevail is LOVE.

`Written on behalf of Lon Watts and Jim Heath by Connie Vassilev. Some excerpts were taken from the following articles. To read the other articles please check out the following links:

Man Separated From Partner of 34 Years Hopes for Reunion

It is my understanding that Carolyn Heath Franks was contacted by both reporters and has refused to comment. We are hopeful that all of the facts will be brought to light when this case is brought before the court. 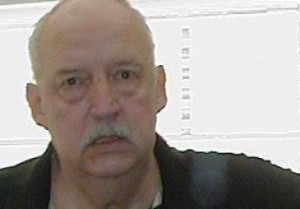 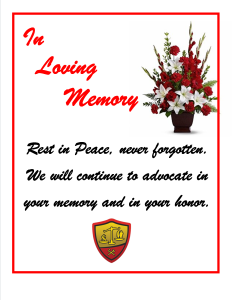