My name is Barry Mezey, I am an emerging celebrity with an upcoming hit reality tv series called “B1G B” on Amazon prime, I am a well-respected sports marketing agent who is high functioning Asperger-autistic and bipolar who has negotiated over $3 Billion in contracts over my career so far and I have been featured in many media articles and publications worldwide.

This is my unique story of facing an unneeded, abusive guardianship and a fraudulent psychiatric evaluation court ordered by a Miami – Dade County, FL. probate court judge who was named Bernard S. Shapiro who was an idiot that violated my civil rights.

My mother and sister in November 2015 blatantly pushed a reckless agenda to have a court-ordered psychiatric evaluation and guardianship done to me despite the fact that they were advised ahead of time by my personal doctor’s that such actions were unneeded and that I was more than capable of handling my own affairs and my own needs.

My family did this to try and interfere with an already pending series of lawsuits so they could save an automobile insurance policy where I was an insured driver on that policy as well as save friendships with family friends at a major sports marketing agency which is competition to my agency.

My mother was able to manipulate the court’s system by hiding court notices from me and turning away my lawyers from meeting with me to discuss my strategy as at the time I was living under her roof taking care of my sick father who has Parkinson’s disease. This was done so after my mother could be sworn in at the initial court hearing and she could not be contested in anything she stated and would be believed by the judge even though her testimony was false and is legally perjury. My mother also used a false diagnosis against me by three idiot state doctors who focused on my weaknesses with only three math questions from my learning disability rather than focusing on my accomplishments and strengths which I offered to provide which were blatantly ignored in their diagnosis of me. My mother also blatantly knew that this was a false diagnosis and used it against me to have her court ordered ex-parte psychiatric evaluation and a fraudulent guardianship granted.

My sister and mother have always been very abusive towards me verbally and psychologically by manipulating me as well for as long as I can remember. Under this fraudulent guardianship I was falsely diagnosed psychologically, I was abused both psychologically and physically as well as had my neck injuries neglected by my initial case manager at the guardianship program Dade County in Raymond Hardy as well as he did other unethical things such as looking at naked pictures of me and my ex-girlfriends on my computer and cell phone. I was also bribed by the assisted living facilities administrator and Raymond Hardy to use my position as a Public Notary with law enforcement to write a false recommendation letter in order to get my property back after Raymond confiscated it. I recently found out that both assisted living facilities I was in were or are being shut down by the State Of Florida for abuse as well. The names of the two facilities were Midtown Manor and Coolidge Palms owned by Majestic Care USA.

Under the guardianship, I was placed on a series of toxic psychotropics that I did not need which turned me into a delusional and psychotic person that I was never before I was placed on these medications. I also, had my neck injuries made worse as my rehab therapy treatments went neglected and I had my foot broken when an ER tech at Larkin Hospital assaulted me. I also almost died due to kidney issues and had to be placed for three days in a hospital room on an I.V. full of fluids to save my life.

I have since been fully restored by the courts and am currently rebuilding my business, my show is doing great and I have launched a fashion line, a coconut rum label and I was removed off all these toxic medications. I am finally thriving again and I am also seeking a lawsuit against my families homeowner’s insurance policies for the abuse, neglect and intentional targeting that was done to me under “malicious use of process” and “gross negligence.” I am currently seeking an attorney for this case if you know anyone who can help on contingency fee basis. I am also having my neck injuries fixed now as I was advised I need a disc replacement most likely and I am treating for pain management with a top orthopedic surgeon. I am also being nominated for several reality television awards and I am in the distribution phase of my brands now of my products to retailers.

Needless to say, I fought the system and won due to my perseverance to not be abused or neglected any further. Please follow me on twitter and read about my show which is helping our nation’s heroes families with autistic children and siblings. If you would like to interview me for a news story my contact details are below. 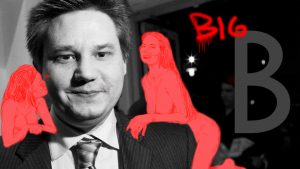