I am the sister to the victim of fraudulent guardianship.

My father put me in charge of my DD sister & put us together during our 12 years of school.  My father told our brother to give our sister a job at the family printing business.  Our brother paid her low wages, excluded her from 401k, and during a 4- year litigation, he came up with 500 shares of stock when confronted about the 401k.  He has not put a price on this stock or paid her any money.

In 1986 when Oprah went public re her incest matter, my DD sister told me our brother raped her for 15 years and threatened to kill her if she told anyone.  My DD sister has taken care of herself her entire life even though she is developmentally disabled.  She is 79 years old & needs a protected environment to live in.

In 2006 our DD sister had three heart failures while with our abusive brother & his wife in Florida.  Our brother called me to get my consent for him to pull the plug.  I told I would not consent to his as she was only on life support for less than 12 hours.  The cardiologist suspected our sister had been abused and I told him the entire story when he inquired about the possible abuse.

In 2009, my brother & his wife filed for guardianship for the “sole” purpose of wanting to move our DD sister into their home so she could take care of “them”.  She has always been used as a maid during her entire life.  The judge denied them guardianship but in reality my brother, through his lawyer, is in charge of my DD sister’s life and her money.  This is devastating to both of us.

During the litigation, the judge also allowed our brother’s lawyer to choose a psychologist who gave a report based on false information.  The psychologist allowed our abusive brother to sit in on an interview with my DD sister who was told what to say by our brother.  The only legitimate statement that was made was by a lady from ARC who stated in a report that she believed our DD sister did not need a guardian.  Why so late in life?  She is in isolation in an old family home.

Our brother’s lawyer chose the first guardian who ended up resigning because she could not do her job as our brother & his wife gave her orders & one was visitation guidelines I received that was bogus stating I could only visit my DD sister for two days at a time & I had to get permission from the guardian’s attorney which was very costly to our DD sister.  Our oldest sister, who passed away a couple of years ago, said the first guardian had our DD sister sign a document/paper stating she does not want to go into assisted living.  This was not her choice.  This was based on the siblings that put their names in the Trust and did not want her to sell her home so she could be properly taken care of.

The second guardian was chosen by our brother’s lawyer also, and she does not t do her job as plenary guardian, and gives her duties to our brother & collects a monthly fee.

Our brother is all about control and money!  His lawyer had our DD sister sign a Trust wherein our brother & his son are co-trustees.  Our DD sister does not know what a trust is and would never exclude her youngest sister who grew up with her and who has been trying to protect her.  She needs assisted living and a conservator.   Our brother has brainwashed our DD sister that he takes care of her.

My experience with a guardianship has been a disaster regarding my developmentally disabled sister.  After the judge denied my abusive brother guardianship, supposedly because of 15 years of incest, the judge allowed my brother’s attorney to choose the guardian.  The guardian has given all her duties to my brother who has abused our sister medically, financially, socially, physically, mentally and legally.  She has never had any freedom of speech, expression, movement, thought and the right to a private life.  An assisted living home and a conservator are her only source of protection.   She is in a life-threatening situation. 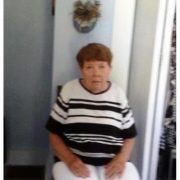