NASGA encourages all victim advocates to familiarize themselves with WINGS – currently 17 states strong, and growing! 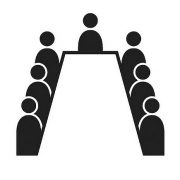 Become directly involved and represent the voices of victims and families who have been silenced for too long.

All perspectives are needed for the best results.  Victims and families of unlawful and abusive guardianships and conservatorships have a unique perspective because we have lived guardianships gone wrong up close and personal.  We know what works and doesn’t.  Our voice is valuable to reform. Fill the empty chair at the policy-making table by becoming involved!

Please note, the information below comes from NAELA (National Academy of Elder Law Attorneys)  website in its entirety.

NAELA did a great job of explaining WINGS – its history and its mission.

Funding for the WINGS project was generously provided by the State Justice Institute and the Albert and Elaine Borchard Foundation Center on Law and Aging.

In 2015, the National Guardianship Network named an additional six WINGS states.  These jurisdictions are Washington, DC; Indiana; Minnesota; Mississippi, Washington; and Wisconsin. (The Wisconsin WINGS was launched independently by the state’s Chief Justice.) Funding for these WINGS was generously provided by the State Justice Institute, the Atlantic Philanthropies Designated Gift Fund, and two anonymous donors.

The coordinator for the new DC-WINGS is:
Anne Meister
Probate Division, Superior Court

The coordinator for the new MS-WINGS is:
T’Shia Gordon
Administrative Office of Courts

The New York State Unified Court System, Office of Court Administration, convened a WINGS Summit at White Plains in March, 2014, bringing together a broad-based group of about 60 stakeholders representing over 30 entities, including those who work with both Article 81 guardianships (general adult statute) and Article 17A (developmental disabilities) under the banner of “Setting the Agenda for Guardianship in New York: Fewer Resources, Greater Collaboration.” Based on responses to the survey, the Steering Committee assigned each summit participant to one of three workgroups: (1) pre-commencement guardianship issues; (2) models of guardianship; and (3) post-appointment guardianship issues. Each workgroup had two facilitators and a structured process for reaching recommendations. The NY-WINGS Summit built on an earlier 2011 statewide meeting on adult guardianship under Article 81 sponsored by the Cardozo School of Law.

OR-WINGS first met in Salem in August 2013, followed by bimonthly or quarterly meetings thereafter. WINGS membership includes representatives from 28 aging, disability, legal, judicial, and mental health agencies and organizations. OR-WINGS developed a charter that states an objective to maintain interdisciplinary representation from these organizations. OR-WINGS has developed these workgroups:

OR-WINGS also has participated in legislative advocacy, including support for a successful bill to establish a statewide public guardianship program; and a successful bill concerning volunteer visitor programs.

The Texas Office of Court Administration convened the first meeting of TX-WINGS in November 2013 in Austin. The meeting opened with a presentation of the results of a statewide survey on adult guardianship issues, completed by close to 300 participants. Top issues considered at the meeting included support for lay guardians, alternatives to guardianship, public guardianship, and capacity assessment. WINGS  reports to the Texas Supreme Court’s Elder Law Task Force, and will continue to meet regularly.

TX-WINGS held its second meeting in June 2014; and has created three ongoing workgroups:

TX-WINGS conducted a study of guardianship files and practices in 14 counties without a statutory probate court and from which fewer than 100 guardianship cases were filed in FY 2013. See Texas Guardianship Cases: Improving Court Processes and Monitoring Practices in Texas Courts.

Members of TX-WINGS have participated in key legislative advocacy.

Working Interdisciplinary Network of Guardianship Stakeholders (WINGS) is a multi-disciplinary problem solving body that relies on court-community partnerships to:

WINGS brings together professionals in the fields of law, social work, medicine, aging services, Veterans Administration, Social Security Administration, non-profit agencies, private guardians, healthcare associations, AARP, Alzheimer’s Association and others. Connections are established between agencies that sometimes served the same population but did not communicate with each other or provide referrals. WINGS widens the understanding of gaps in the area of guardianship and beyond, and offers a platform for a dialogue, coordination and face to face learning opportunities. Large bureaucratic structures started sharing information, and that, hopefully, will make the life of vulnerable adults and their caregivers and guardians easier.
Contact: Hon. David Connors

WI-WINGS held a summit on May 27, 2015. The coordinator is:
Hon. Andrew Bissonnette
Executive Assistant to the Chief Justice

Social Security Coordination. The Office of the Commissioner, Social Security Administration, has designated SSA representatives to participate in each of the four new state WINGS groups, as well as the additional state groups. This participation will help to promote needed coordination between state courts with jurisdiction over adult guardianship and the SSA representative payee system.

The SSA Commissioner’s Office also has organized conference calls for the state WINGS coordinators and the SSA designated WINGS representatives.

2017 Update from the ABA’s Commission on Law and Aging Website:

Elder Justice Innovation Grant
The Commission, in collaboration with the National Center for State Courts (NCSC), has received an Elder Justice Innovation Grant from the federal Administration on Community Living to establish, expand, and enhance state Working Interdisciplinary Networks of Guardianship Stakeholders (WINGS). The new project aims to improve the ability of state and local guardianship systems to develop protections less restrictive than guardianship, advance guardianship reforms and address abuse. The project will be aided by an Advisory Committee drawn from organizational members of the National Guardianship Network and from key judicial, legal, aging, and disability entities. Learn more.