Robert Alan Sanders is a 47 year old male; and he has been unjustly imprisoned in a nursing home for the past ten years. When Robert was given a court -appointed guardian, no one in Robert’s immediate family was informed of the hearing. It took the death of Robert’s mother before the court-appointed guardian would reveal Robert’s location; and that was just so the guardian could collect Robert’s half of almost a half million dollars from the law suit Robert’s brother won against a hospital in Mississippi that killed their mother.

Robert is bi-polar; this is an inherited illness. Robert’s mother was bi-polar and she lived a normal life with occasional hospital stays do to the illness. However, the court-appointed guardian will not allow Robert to have a life, family, or friends.

Do to the mistreatment Robert has suffered under the court-appointed guardianship and the nursing home which the guardian has imprisoned Robert, his illness has worsened. However, Robert has remained a gentle, kind, considerate, human being.

Once Robert’s brother (Garr) knew were Robert was, Garr went to visit Robert. The guardian and the nursing home were against any visits so Garr turned to then Governor Blunt’s staff. Blunt’s staff quickly resolved the unlawful denial of family visitation. Garr was able to visit Robert only as long as Garr agreed to not advocate for Robert’s well being. Garr found this increasingly imposable do to the observed neglect and over-drugging of Robert to the point Robert could not even spell the word CATS.

Robert graduated Columbia University with a master’s degree in business was working an internship at The National Alliance for Mental Health in Missouri. When the HIPAA law was passed, according to the head of NAMI Robert just disappeared and never came back to work.

Under the public administrator’s guardianship, Robert was sent out of the district of Boone County from his apartment into a nursing home were the nursing home uses the same attorney as the guardian.

Robert has been subjected to isolation, poor nutrition, inadequate care, a D.O. for a mental health doctor who has been proscribing a drug on the market for Robert known for causing seizures and death. Robert was having weekly seizures lasting as long as 20 and 30 minutes each. Then when Robert becomes conscious, Robert is told he fell down and asked if he is ok. Robert reveled this to Garr when Robert had a seizure in front of him and the nursing home staff refused to call an ambulance – relenting when Garr took out his cell phone to make the call him self. At the local hospital Robert spent the night in a regular room. Not the psyche ward not locked away or restrained in any manner. The doctor said he would recommend the nursing home wean Robert off the dangerous medication and then said, he “would not put in writing that medication is the cause of Robert’s seizures”. It was in the hospital Robert found out that he had been having seizures. Robert reveled this was happening on a weekly bases, but was being told he fell down. Robert stated he did not know what had happened to him so he never questioned the staff when they would say he just fell down. It took over a year for the nursing home to follow the doctor’s recommendation of taking Robert off the medication. Robert stated they are now over-dosing him on injectable psychotropic medication. And they again isolated Robert by denying Robert (as the nursing home administrator put it) the privilege of having visitors.

Robert was last seen three years ago by anyone other then the guardian and the nursing home. Robert does not exist. Next month, Robert will be 48. Garr wonders if he will ever get to have contact with his bother Robert ever again. When Garr last saw Robert, Robert said he was not receiving the mail Garr sends. Garr no longer sends cards, letters or money to his brother Robert only because Robert does not receive most of his mail. The guardian and nursing home are allowed to isolate Robert for no other reason then they don’t want Robert’s family to know in what way Robert is suffering. And the public administrator/Robert’s guardian stated to Garr “I answer to no one and there is nothing you can do about it”. Robert’s father and brother in 2008 were denied guardianship on the bases that Robert’s father lives out of state and Garr has learning disabilities. It does not matter to the court that Robert is cared about, worried about, and loved by family. The court appointed this guardian and the court does not want it proven they did the wrong thing and not just in appointing the public administrator, but also later supporting that decision knowing this is not in Robert’s best interest.

Garr has tried everything to see Robert and help Robert get proper care, normal life and with Robert’s bright out look and personality would be a productive life helping others; just as Robert was doing before he was abruptly take from his apartment and his job then locked away in isolation to stagnate and rot.

Under the public administrators control Robert will never live a normal life, or be allowed to improve his health in any way.

The original guardian for so many years (twelve I think) Connie Hendren, Boone County Columbia, Missouri. The understudy of Connie Hendren’s that took over in 2008 is Kathy Richards.

I think it was two years ago that I was reading several articles in the Columbia Tribune about Connie Hendren possibly coming back to work to be CO GUARDIANS of all Boone Counties Wards. These two have been accumulating Wards over the years and all the while saying there are too many for them to care for each one of their Wards needs. These two public administrators/guardians are on record saying there are so many Wards they need help. Connie Hendren and Kathy Richards rather than allowing the caring families to participate in the care of the Wards these two are work together to become CO GUARDIANS of their Wards. They say they are overwhelmed with the number of wards. Yet Connie Hendren and Kathy Richards will not talk with the wards families to facilitate a better life and care of the Ward. Nor allow the families to help the Ward to have a better life. These two government employees voted in by the people refuse good, honest, competent, and will family members a voice. Families and friends of the Wards are refused contact with their loved one then the family and friends are refused contact even with the guardian in charge over of their loved ones’ well being. Furthermore, family and friends of the Ward are refused guardianship by Judge Daniels and the judge goes along with not allowing family members involvement in their loved ones life and care.

To further facilitate Kathy Richards and and Connie Hendren’s power and control over their Wards’ freedoms and liberties. Connie Hendren and Kathy Richards may even now be partnering up so they can back eachothers lies and conspiracy to keep their Wards downfall viable and believable, isolating the Ward, and the Ward being lead to believe no one cares, and they the Ward are penniless. ALL the while the Ward is taken advantage of: neglected, abused verbally, emotionally, physically, and medically; all this for financial control and gain by the PEOPLE’S EMPLOYEE the Public Administrator Connie Hendren and Kathy Richards.

Now remember this person has no credentials or education to do this job. Connie Hendren once told me she will always win. That no one know the job is open to anyone and without credentials or formal education. Connie Hendren said, no one knows this so no one wants the job of public administration thinking they are not qualified. There are no qualifications to be a public administrator. Connie Hendren said, she has no opponent who runs against her therefore she wins every election. Basically she is voted in simply because no one else is running for the job.

That being said, this has made it easy for corruption to fester and grow in this office of Public Administration.

For five years now, Levering along with the guardian does not allow me to visit my brother. Levering said, I will be arrested should I come on the property to try and see Robert. Robert and I are not allowed to talk on the phone. Because the guardian refuses to speak with me I have are Aunt in Mississippi call the guardian. Each time our Aunt asks if Garr may now visit with Robert the guardian says that Levering’s staff says it is not a good time now for Robert to have visitors. This has gone on for five years. It is never a good time for Robert to have visitors according to Levering staff and the guardian.

Sincerely and Respectfully to all those who care,
~Garr Sanders 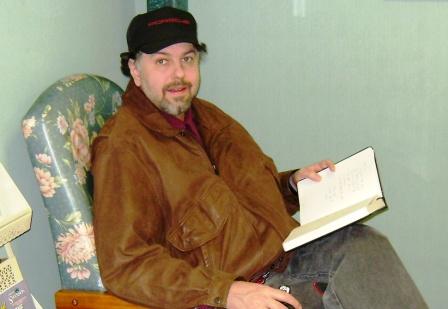