I’ve given serious thought to what can be learned from this tragedy, what could have been done and what can be done. I respond in the spirit of working together to make sure this doesn’t happen again. I’m sure you share that goal. But in order to look forward we should look backward to review the facts of my parents case.

On March 6, 2014, I wrote a detailed 5 page letter to Attorney General Janet Mills alerting her office to the barricading and exploitation of my Father, Robert L. Bailey, who was still alive at the time. You were copied on that letter as was Leanne Robins.

No one responded or called me after receipt of that letter. No one.Brian McMaster, AG Mills chief investigator, never called me or my sister. Instead, he sent a perfunctory letter stating there would be

no investigation and the matter was closed.

You state that LSE only takes inquiries from elderly victims directly and not referrals from family and friends who are reporting the exploitation of dependent elders. As we now know, victims like my

barricaded Father are not capable of making that call and wasn’t allowed to by the exploiters. Many time the victims family is out of state and they need in-state advocates who can reach out to, visit and

meet-unmolested-with victims. Again, no one called us or would speak with us or my Father.

My Father, who was diagnosed with vascular dementia from 6 physicians at 5 separate medical facilities, was not allowed by his exploiters to make or receive a phone call, he was not allowed to receive visitors nor did he have access to (or the ability to use) any means of electronic communication. We now know the limited phone calls he had with family were all tape recorded and listened to. His mail was also intercepted and read before it got to him. In short, he had no capacity or ability to report the criminal exploitation that was swirling around him.

In December 2013, 3 months before I wrote to the Attorney General, my Father was evicted from our family home of 50 years in Kittery Point and put in a dark basement apartment in South Berwick. During this time his $2MM estate was being methodically vacuumed by rapacious lawyers and caregivers. The York County Probate Court was blessing all this activity with no supervision of the conservator or estate lawyers.

In a short 15 month period 95% of my parents estate was gone. As you now know, the Judge in our case, Robert Nadeau, has been disciplined, fined $15,000 and disbarred from the practice of law in Maine. While Robert Nadeau was instrumental in my Dad’s exploitation via the Probate Court, those in a position to intervene repeatedly ignored the families pleas for help.

The exploiters who suffocated and barricaded my Fathers stole or converted $1.7MM in a breathtakingly short period of time. Meanwhile, any authority we pleaded with to intervene looked the other way. There was no shortage in the reporting of these crimes while they were taking place and while my Father was alive.

Worse, when our family hired their own forensic accountant and handwriting expert to expose the rampant forgery, debit card abuse and conversion the local police, DA and AG continued to look the other way and instead made up elaborate alibis like “authorized forgery”. What did my parents do wrong to deserve this? What did our family do wrong in repeatedly reporting these crimes and getting repeatedly rebuffed? Is elder exploitation in Maine this easy? Yes, frankly, it is.

But more painful than the cash conversion was the systematic and ruthless plundering of heirlooms and contents of 90+ years of my parents life. Nothing was safe. College education funds worth $45,000 for their grandchildren were drained, $50,000 in jewelry and furs (carefully preserved and insured) are missing and every other family heirloom or memento of significance was ruthlessly discarded in dumpsters. Again, what did our family do to deserve this? Is this normal in Maine? Is this standard estate practice?

There are lessons to be learned from this sordid exploitation. Lessons our family has been painfully educated on. The first lesson is that families are on their own in Maine. Those sworn to protect the

vulnerable either don’t have the tools or don’t have the interest in stopping elder exploitation. We have repeatedly provided law enforcement and prosecutors evidence of grand larceny on a “silver platter” only to be ignored.

So from our perspective, elder exploitation in Maine is a crime that Maine authorities and advocates RUN AWAY FROM and not RUN TOWARDS. In short, they talk a big game in their yearly press releases and elder fraud “conferences and seminars” where folks handwring the lack of “resources” and need for “education”. Our family has earned a PHD in elder exploitation and paid a dear price for it.

Elder exploitation is a complex crime that falls between the cracks of criminal and civil law with its murky definitions of “capacity” dependency and dementia. Skilled exploiters know that overwhelmed prosecutors and untrained law enforcement would prefer to redefine the obvious crimes in front of them as “civil matters” to be forced into probate or Superior courts which are the factories of exploitation.

The abuse inflicted on the elderly and their families, as you know, is a national scandal, with the plundering of estates by unscrupulous lawyers, judges and “home care” providers reported almost daily. Senator Collins has rightly brought transparency to this activity and gotten the DOJ engaged at the US attorney level.

But in light of the colossal failure to protect Robert Bailey, what policy changes should LSE institute to prevent a tragedy like this from happening again. More specifically, what have you and LSE learned from this sordid exploitation, Jaye? Is there another family today being ignored and rebuffed without the means or capability to stop the exploitation? Ironically, LSE and the Maine DHS regularly informs the public that the vast majority of elder exploitation in MAINE is NOT REPORTED. How ironic.

This crime was reported in living color to you and every law enforcement, prosecutor, elder advocate we could reach out, multiple times. This was done while Robert Bailey was alive. Follow up letters

to your office and many other were ignored as my Father lay defenseless with his estate methodically emptied of cash and family heirlooms. Every law enforcement officer and prosecutor-outside of Maine- who has seen the vast evidence we have shake their head in disbelief that Maine authorities and advocates did nothing.

What explanation can you proffer as to how this could happen in Maine? What policy changes is LSE going to make to be sure this doesn’t happen again? Given you asked what could be done, I will recommend the following specific actions:

1). LSE needs to use this horrible exploitation as an instructional case study for elder exploitation advocates in Maine. The details and methods of barricading and conversion of assets through explosive legal billing, forgery, bank fraud were all deployed to drain the estate in a breathtakingly short period of time. LSE can acknowledge the mistakes made in this case, admit their and the governments role in ignoring these credible reports and join with the Bailey family to educate the public on what happened to Robert and Marjorie Bailey.

2). Acknowledge that victims are often unable to report exploitation. Insisting that intake victims have to approach LSE directly leaves people like my Father at the mercy of the exploiters. When a credible family member or friend reports exploitation and has detailed evidence LSE needs to act on it and help the family report the crime and begin the prosecution of the guilty. LSE needs to immediately amend that policy.

3). LSE can sponsor with the Bailey family legislation in Maine that would make it a crime to barricade a dependent elder who’s operating with diminished capacity. Maine can follow the lead of other states in making the systematic barricading of the elderly from their family and friends a crime. I have the text of the bills passed in other states and on the heals of LD 527 law LSE can co-sponsor this with the Bailey family. It can be called the Robert Bailey anti-barricading bill.

Thank you for your time in responding and asking what LSE could have done differently. I don’t expect you or your colleagues to agree with every point but can assure you that my Father’s death and destruction of his estate at the hands of these exploiters will not be in vain. Everyone in Maine-and New England for that matter-will know my parents and what happened to them. People need to know so they can stop it from happening in their family.

I would prefer to walk forward together with your organization but if not our family will move forward and continue to systematically expose all those who enabled this horrible crime. My parents were Maine residents and taxpayers for 50 years. They minded their own business, were good neighbors and loving parents and grandparents. Their 90 year life and legacy was destroyed in a little more than a year. My parents deserve this justice. 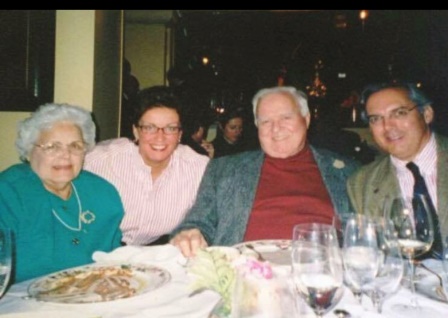