This all began with my grandmother-in-law, nick-named Meemo, attempting to protect herself. It began with one phone call to Yvonne Gulla, one of her daughters. She called to ask for help with her every-day care, knowing that one day she may need it, and in exchange, she would leave the house to Yvonne Gulla and her husband Sam Gulla. Initially, Sam and Yvonne had suggested that she divide the property between Yvonne and her two other sisters, but Meemo had insisted that her other two daughters had not seen her, taken care of her, or anything of that nature and she felt they did not deserve it. She visited Sue White, the attorney who wrote her will, and Sue White told her to ‘think it over’ and to return in a couple of weeks. Meemo (Bonnie Marie Garnet) had agreed to do so and returned to her firm to write her will but decided that was not enough and she granted Yvonne Gulla Durable Power of Attorney, and a Life Estate Deed. She had decided that was what she wanted to do.

Over the following 6 months, they traveled back and forth between Sam & Yvonne Gulla’s property in Atlanta to her property in Knox County, TN. They were working on repairing the house to return it to a state of livable condition, fixing the roof, removing mildew, organizing it, etc using both incomes from the Gulla’s to Ms. Garnet’s, back and forth, as it is only fair, and nobody has an extra million dollars laying around. Ms. Garnet’s impatience grew larger as she wanted to return to her home.

At this time, we were receiving no attention from the other two sisters. Meemo contacted her youngest daughter. She had told her what she did with the will. I am not quite sure what she had told her, all I know is it was done in secret. Meemo had recently received a surgery and was scheduled to receive another one on November 2011. A month prior to the surgery that was scheduled, they all traveled to Tennessee to do finishing repairs. All they had left to do was mildew repair, floor sanding, and fresh paint, and Sam would transfer his job to TN so that they can come live with Meemo and take care of her as promised. On a Thursday afternoon, Meemo left with her car, claiming to go to eat. She did not return. Yvonne began to wonder if she needed to call the cops, but that was not necessary since nearly twenty-four hours later, the cops were at the front door. They told her she had to get out. As Yvonne looked in the distance, she could see her sister’s car, however she did not see her sister. She was served the papers claiming there was an injunction against Sam and her. She packed up her things and left back to Georgia. This behavior is normal for an elder who has the beginning stages of dementia, and it is WHY SHE SOUGHT HELP IN THE FIRST PLACE!

This was the beginning of a long battle through Knox County court system between a feeble old lady and her daughter versus the state of Tennessee and her other two daughters.

Depositions were taken on her, Sam and Yvonne at Meemo’s attorney, Kevin Stevens’ office. At that time, she appeared like she wasn’t on her high blood pressure medication (red in the face, lucid). She claimed she didn’t remember anything. I think she may have been drugged.

She did not hear from her mother for 10 months and she received a phone call from Meemo’s long time friend, Shirley Vaughn. She told Yvonne that Meemo had called crying and begging to talk to her daughter, Yvonne. After consulting her lawyer, she recorded the phone call between Meemo and herself. In the phone call, she noted that she was placed in a assisted living facility a week prior to the phone call. Meemo said the owner of the assisted living facility had told her she was going to die there and that she was upset about that. She asked to be picked up and taken back to Atlanta.

Some paperwork had arrived declaring that her youngest daughter and her husband had taken her to a psychiatrist and he deemed she was incompetent and had SEVERE dementia. Her youngest daughter’s husband applied for conservatorship the first week of august, the day after they moved her in to the facility. This delayed the injunction case and made way for a new lawsuit of The State of Tennessee vs Bonnie Marie Garnett.

A few days later, Yvonne and Sam went to pick her up at the assisted living facility. They signed in at the facility and began loading their car with her stuff. The assisted living facility called the police because her youngest daughter said there was an order of protection against the Gulla’s. The police arrived and Sam and Yvonne denied that such order ever existed. The youngest daughter had lied. The police interviewed Meemo, she declared that she be taken out of that facility and that she wanted to go back with the Gullas. The police department called Meemo’s youngest daughter and told her they could not legally hold her at the facility. The Gullas were not allowed to take anything. They had to unpack her things from their car and leave it at the assisted living facility. They even made Meemo remove her jewelry and leave it in her apartment, unattended. It was never returned. Sam, Yvonne and Meemo stayed in Tennesee until Monday morning.

Sam, Yvonne and Meemo stayed in Tennesee until Monday morning. She hired a private processor, Will Wall, to return to Kevin Stevens’ office because she wanted to fire him. She left a personal letter stating she no longer wanted representation for the injunction. He was not available so it was left with his secretary, and to ensure that it was delivered, they sent a notarized copy of the letter via FedEx. They went back to Atlanta the same day.

On their way back to Atlanta, Yvonne’s older son called from their home claiming that the police was at their home waiting to speak with them. They had a call from the detective who said somebody called saying that Meemo had been illegally taken, aka kidnapped, from Park View West (the assisted living facility). I think it was the youngest daughter, OR the lady who owned the assisted living facility. Her son told the police about the situation with the court, provided attorney names and information, then the police left and never came back.

There was a conservatorship hearing on the 10th of September in 2012, it was cancelled because there needed to be more depositions done.

A week later, Georgia Adult Protective Services arrived at our door wanting to speak with Meemo, so they were invited inside and they spoke with her alone, then they spoke to Sam and Yvonne. They concluded there was no harm against her, they would close it out in 30 days. We never heard another word from the case worker.

In October, she returned to her doctor, Tiffany Edwards, and was put back on her HBP medication.

Some time later, they took her to Dr. Edwards who referred her to 2 (two) doctors. The first doctor, Dr. Mark Harris, a comprehensive neurology specialist, had no prior knowledge of her dementia diagnosis, and gave her a simple test which concluded she had the beginning stages of mild dementia. After the diagnosis was revealed, Sam and Yvonne explained everything. He referred her to another doctor, for more thorough testing, and another doctor to have an MRI. At the radiologist’s office, he concluded she had had a stroke, although they couldn’t pinpoint when it happened. When she visited Dr. Eiseman, clinical psychologist/neuropsychologist, and he performed formal neuropsychological testing and also concluded that she had the beginning stages of mild dementia.

The judge in Tennessee, John Weaver, did not accept doctors from other states so we made an appointment with the best psychologist around, H Abraham Brietstein. He concluded the same.

Depositions continued. A week before the court-date in September, Meemo’s house was robbed and stripped down from even the water heater and A/C units. The court-date was delayed until December. A week before this other court date, Meemo’s youngest daughter’s attorney delayed this once again. As you can imagine, Meemo is a wreck by now. All she wants to do is go home to Knoxville, TN.

Finally, they went to court in April. You can imagine she felt so afraid considering so many court dates were cancelled and delayed. I believe that Meemo’s youngest daughter’s Attorney attempted once again to delay the court date and it may have worked for a week? I can’t remember exactly, Yvonne knows all of the details. When they went to court, finally, a decision was not made. The judge decided to think on it. The decision was made 4 months later, in September. It was declared that she could not go about her finances on her own and because Yvonne Gulla had a conflict of interest, due to being the inheritant of the home, so there would be a limited conservator put in place. That he is responsible for her decisions on her money. It was also decided that she is to pay all of the attorneys. The judge gave this power to the Conservator, whose last name is Gulley. Another power that was given to him is the power to pursue the first lawsuit on the injunction against Sam and Yvonne Gulla. We were hopeful that when he talked to us he would find all of this preposterous and he would drop the injuction but that was not the case.

Mr. Gulley has filed a motion asking to become a FULL conservator with the power to sell everything she has. He has decided to pursue the lawsuit and remove her from our home. He has not even TALKED to us!Not a call, nothing. Our attorney called him and asked if he had been influenced and his answer was “Maybe I was!” I believe her youngest daughter and her husband are paying these people to ruin this woman’s life and take all of her money. This would not be happening if she didn’t own 52 acres!

This man does not have Meemo’s best interest at heart, at all. We can take care of her and ensure she can live in her home for the rest of her days peacefully.

The decision/hearing will happen January 9th, 2015. 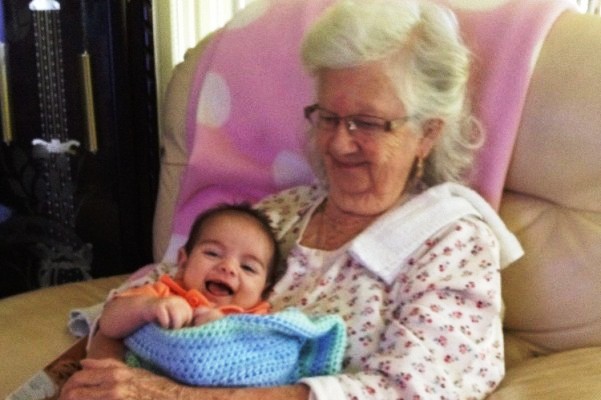