Gretchen loved all kinds of dancing.  The picture is from a Vintage dance where the women wear very elegant costumes. Despite the fact that she developed Parkinson’s disease, she never lost the ability to walk and dance.

She went for daily walks, to the health club, visited with friends, worked for volunteer organizations, and went on trips to dance events and dance camps.

Before she was put into the nursing home we went out dancing a few times a week.

The professional guardian appointed by the court put her into a nursing home against the advice of her doctors. She was required to sit in a chair all day. This went directly against the specific instructions of her neurologists at both Lahey Clinic and Massachusetts General Hospital. They told her she needed to stay as physically and socially active as possible. Her neurologist at Lahey Clinic told her on more than one occasion that if she became a couch potato she would go downhill.

She followed the instructions of her doctors. This kept her condition stable. Her primary care physician said she was doing well.

By the time of the trial 7 months later she was already terminal. She died a few months after the trial. 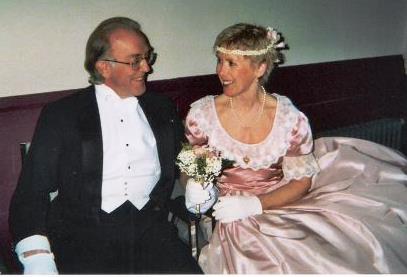