Kidnapping at Savannah’s “Hospital with a soul”

I rescued my aged mother, Kingsley Hubby, to Savannah from Connecticut where she was relentlessly abused and exploited under the state sanctioned “granny snatching” system, which allows elders to be exploited and imprisoned in their homes and nursing homes. 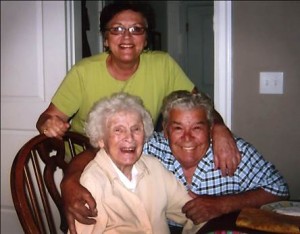 Kingsley’s loving caretakers – like Marcia Dubreuil with husband Bob pictured here — were fired for trying to protect her from abuse and neglect.

She was found on the floor in the morning; and the life she loved to lead of friends in for Scrabble, supper, wine and the crocodile guy on TV was turned into a living hell, her lovely house eaten by water rot. 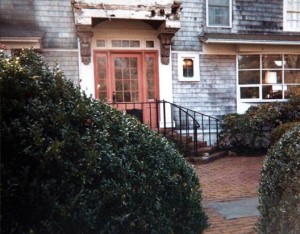 In the CT granny snatching system, abductions are sometime resorted to, including from New York, Michigan, and now Georgia, with Kingsley Hubby’s seizure from Savannah’s hospital with a soul—St. Joseph’s.

Connecticut’s granny snatching industry is so harmful that Yale Law Professor, John Langbein, advises seniors with money to establish residency in other states.

Because Kingsley was withdrawn from protection of law, there was no chance of restoring order and proper treatment, thus, I rescued Mom aboard a medical bus for Savannah; and admitted her as a staff physician to St. Joe’s as a way station for an emergency guardianship hearing.

With fury that I had let the public know that the hospital’s cardiac institute” didn’t have any cardiologists in it, St. Joe’s officers allowed Kingsley’s pursuers to seize her 2:30 AM February 29, 2012, in secrecy from her treating physician as to block the guardianship hearing so that she could be returned to CT for more torment.

Kingsley’s abduction satisfied all elements of the federal kidnapping statute in that she was taken against her will; across state lines; knowingly in a clever middle of the night caper; to raid her estate.

The door had to be opened

For Kingsley to be kidnapped at 2:30 AM, her abductors had to be allowed in the hospital at the dead of night. Although all decent hospitals in America are locked tight at that hour, St. Joe’s allowed entry to the wolf of harm.

As officials shunned their duty to prevent the catastrophe of handing an elder over to those who mistreated her, Kingsley was placed in a motel for two hours then flown back to CT to keep her from rescue at probate court that very day.

The legal authority hospital officers relied upon was a living will that provided power only to turn off machines were Kingsley was terminally ill or irreversibly comatose. She had neither condition.

An exhibited artist at the Lyme Museum, world class cook, who did repairs and started cars on cold mornings, solver of London Times crosswords, loyal and tremendous friend, wonderful wife to Frank Hubby and mother, Kingsley Hubby was treated as human baggage by officers of an institution that portrays itself as valuing human life.

There was no pretense of caring for Mrs. Hubby as a human being, thrown back in prison like conditions of lonely isolation, 1000 miles away from her only progeny, who loved her. Anguished and tormented for months, Kingsley died of a broken heart December 4, 2012. 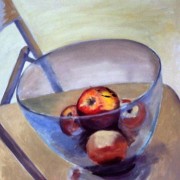 For Kingsley’s seamless journey to Savannah in a medical bus with monitoring of vital signs and oxygen levels and comfort care, an attempt was made to obtain a permanent restraining order to keep Kingsley from ever seeing me again. With help by one of Connecticut’s great lawyers, Jeremiah Donovan, the effort was defeated, but not without the presiding judge erroneously stating I saw Mom only twice a year (referring to other relatives). As terrible behaviors towards Mom accelerated, I was commuting to Connecticut to ward off harm.

In 2011, President Obama wrote: “We are not a nation that locks up its citizens without charge” but in the granny snatching system, elders are often locked up without charge.

In her eighties, Marilyn Plank was seized from her farm in Michigan and flown to Connecticut, where Greenwich probate court placed her under a guardianship. She was imprisoned in a locked facility that charged her $9,000/month while multiple lawyers billed $300-400/hour. It took upwards of a year to free Marilyn.

No hospital that allows

In our country of laws, officers of St. Joe’s decided Kingsley didn’t have the right to be free from abuse and neglect. She must be returned to isolated imprisonment in Connecticut, regardless of suffering caused.

No hospital allowing and elder to be placed back into a cauldron of mistreatment, may be considered wholesome until the public is told why policies bearing on patient safety were thrown over; the hospital board is re-constituted for giving tacit approval; the leadership and culture that permitted the kidnapping is eradicated, the staff is apologized to for the black mark placed on the hospital; and safeguards are instituted to prevent a kidnapping ever again. 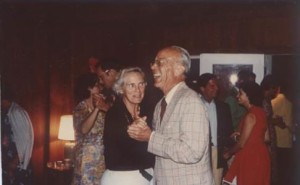 Please don’t forget Kingsley Hubby and root for a change of heart in Connecticut and at the hospital with a soul where hardness of heart took hold. And help Marjorie Partch save her mother by contacting Bring Dorothy Home on the Web or Facebook. 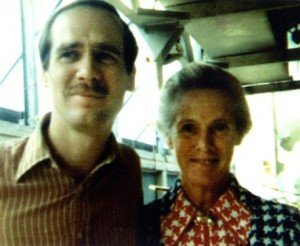