After a lifetime of saving for their old age and making all the needed financial arrangements for themselves, my parents “called in” my 30-year-old promise to care for them in their own home the final years of their lives. I became their sole care provider in June 1998. A month after dad’s death in May, 1999, we received an urgent phone call informing us we were “required to appear in probate court” within 32 hours, no reason given.

On arriving, we learned that a fabricated claim had been lodged against me alleging that I “may” be misappropriating my mother’s financial assets. Even though I turned over copies of all financial records – mother’s, mine, those of my business – no evidence in support of such a claim was found. None existed. Yet the probate judge seized control then and there of all mother’s assets, denied her access to funds for an attorney, paid out $5,200 of her money to a psychologist to write a “mental evaluation” of mother, though he never met her! Two of mother’s primary care physicians and an M.D.- Ph.D. expert on dementia, to whom I took mother for evaluation, all read and refuted the court’s “evaluation”, but their statements were refused admission by the court.

In October, 1999, there was a five-hour “hearing” which mother was not allowed to attend in violation of state law. Two attorneys and three estranged cousins testified against me with identical charges using the same words and phrases – proof of a pre-planned conspiracy. On November 1, 1999, an attorney – James M. Tingle, who hired the attorney who brought the court action against us — was appointed “conservator” over mother’s estate. In the first six months he embezzled over $93,000 from mother’s trust fund, plus other assets.

Five attempts were made to take mother from my care. When I blocked the first one, my $1.7 million small business was seized and shut down, my assets seized and my livelihood destroyed. We were also locked out of our own home for the next 27 months with only the clothes on our backs. Over the next five years we were subjected to over 65 legal actions. To this day we’ve never been granted a due process hearing. The legal actions against us ended only when I filed suit in Federal District Court against the probate court, judges, attorneys, conservator and relatives. See my suit at: www.lighteagle.net/elderassets.

In eight years, mother has been granted access to a total of one-half of one percent of her money, being denied funds for food, healthcare and other essentials. Two-thirds of her assets have vanished without a trace. Forty-plus requests under Alabama law for an accounting of the assets under “conservatorship” have been denied. This bogus conservatorship has been a “black box” operation from the start and violates state and federal fraud, conspiracy and criminal racketeering laws. 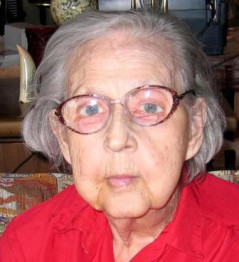