Denise Lillian Tighe was born January 24th, 1926 in Geneva Switzerland. She immigrated to the USA in the 1950’s to marry a doctor from New York, USA. She managed a French bank on Wall Street for many years. Denise loved New York, loved the USA and was a world traveler. She enjoyed five star restaurants.

One day Denise became ill from a curable bladder infection. Bladder infections are totally curable but make elderly people sick physically and mentally. This condition is curable with an antibiotic.

Within three weeks, Adult Protective Services arranged for Denise to be hauled to a nursing home against her will, a place she never wanted to go. She was cruelly held in the air by local police as neighbors watched her scream, “I don’t want to go.”  She could have paid for twenty-four-hour home help until the day she died  because she was wealthy.

Denise’s friend, Virginia Pritchett, would spend the next two years until Denise’s death  fighting the state of Texas over her friend’s cruel treatment by ‘the state.”

Denise  would spend two years in a state recommended nursing home where her money was divided between a nursing home she detested, cruel guardian attorneys (one who wanted to kill her pet cats there was nothing wrong with) and neglectful guardians.

Her money became divided between state workers  and agencies who refused her visitation rights, even from her only sister Susanne Foley.

She was found once by her friend Virginia Pritchett after she was taken to a hospital  not expected to live.

Her only sister had not even been called in regard to her health that became in serious condition once again over a curable bladder infection.

Denise was denied visitors for her birthday, even Christmas. A guardian once explained that Denise could not have visitor for Christmas ‘because guardians had to be with their families for Christmas and could not supervise her.”  Friends and her sister could not even send or leave a card. Therefore the sick and alone shut-in Denise spent sad Christmases and birthdays alone.

Denise’s brother in law Jim Foley paid an attorney $10.000 to save her from this horror. Jim Foley sadly passed away during this mess and the attorney did nothing to help Denise.

Denise died the day after Martin Luther King Day as her sister and friends were traveling to finally get to see her.

After Denise passed away  ‘the state’ tried to take Denise’s sister, Suzanne Foley,  against her will  to a nursing home.  The sister  was also wealthy.   Suzanne’s caregiver hired an attorney who  was  miraculously able to rescue the sister from her sister’s fate but not without restrictions.

In the case of Denise Lillian Tighe, the United States of America she had grown to love as an immigrant grossly failed her in her old age. 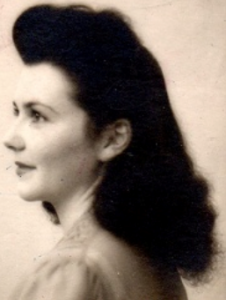