On August 4, 2009, my 76 year old mother, who has Alzheimer’s, was removed from her home under the direction of a county attorney. My brother was told by a county social worker that they were placing my mother on a 72 hour hold. August 4th was a Tuesday – the 72 hour hold would have expired on Friday. The county had all day Wednesday, all day Thursday and almost all day Friday to make contact with the family, but they did not even attempt to contact family. The very next morning, less than 24 hours later a county social worker, along with the county attorney, filed a Petition for Emergency Guardianship – appointing the county social worker as guardian.

They chose to not contact any family members, even though they had 72 hours in which to make contact. My sister is a RN and she had Power of Attorney, but that did not matter. My mother has 6 children – none of whom were contacted regarding the Emergency Guardian Petition. How is it possible that a county social worker and a county attorney could believe that this was proper behavior?

They threw my mother in a nursing home, even though it is a documented fact that people with dementia should not be removed from their surroundings. They never once contacted family to ask what would be in my mother’s best interest. My mother suffered horribly at the nursing home the county chose. After only 3 weeks, my mother was hospitalized for an infection, she had a fractured wrist and she had bruising to all sides of her body, including a baseball sized bruise to her left breast.

A hearing on the appropriateness of the Emergency Guardian must be held within 5 days. The family never received notice of this hearing. It was by pure luck that my sister and I found out about the hearing and attended at the last minute. Once there, we BEGGED to be allowed co-guardians of our mother with the county social worker. Had we arrived a few minutes later, the hearing would have been over and we would have “lost” our mother to a county social worker.

On October 8, 2009 my sister and I obtained Permanent Guardianship over our mother and the county social worker’s guardianship was terminated. During the three-month Emergency Guardianship that the county forced upon my mother, she lost approx. $25,000. She also suffered a severe emotional/mental decline, from which she has never recovered. Even after all of this, we consider ourselves lucky, because our nightmare is over. There are others out there who have been battling abusive guardianships for years. 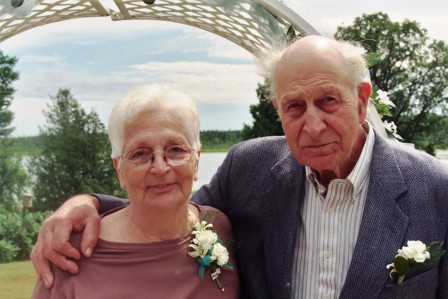