A month ago I was stranded in Bellefontaine. My vehicle broke down and my cell phone had no service. I bought a pay by the minute cell phone at Dollar General on Sandusky Ave. Clerks Diana and Erica were so accommodating to help me get the phone activated as I had no way to do that. They spent over THREE (3) hours to help me activate four phones while waiting on customers simultaneously. It took so long because we come to learn this particular brand’s sims cards were outdated.

This prompted my thoughts to question how my “disabled” Dad was living 700 ft from Dollar General in his own home being isolated, manipulated, exploited, abused, living in filth, hording, and cat feces for 6 years. The entire Bellefontaine and Logan County gov’t agencies knew this yet they refused to accommodate Dad to aid him with his Major Life Activities or carry out the services, programs and activities he signed up for while of sound mind to accommodate him in later years for his disabilities after my Mother‘s suspicious death reported in the Examiner on Nov. 27, 2006. Mom was Dad’s caretaker. Her death is still an open and ongoing case today. I was “refused” association with Dad and retaliated against for reporting the discrimination on Dad. Hence this aided all the abusers to continue their nasty discrimination for 6 years. This heinous inhumane abuse was finally acknowledged and published in the Examiner Sept. 11, 2012. In the end the abuser walked free because judge O’Connor threw out the charge of “failing to provide“. For the next 3 years the courts continued discriminating against Dad and me, refusing to accommodate him for his disabilities and denying me association. Instead they abducted him to the Campbell Place and appointed him to attorney Steve Fansler’s supervision even though he had knowledge of Dad’s abuse, disabilities and refused to accommodate Dad. Thereafter Dad tried to kill himself to go home so they loaded him on psychotropic drugs for mental illnesses he did not have. Dad was never treated for the dementia he did have. He was held imprisoned in a place he did not want or have to be.

The outcome confirms the ADA is arbitrarily adhered to in Logan County. Law enforcement, APS, Medical Profession, Prosecutors, DD Board and most of all the Court agents knew full well Dad was disabled and they all refused us accommodations that ended in a cocktail of drugs that killed my Dad and violated his legal advanced directives. Assets were stripped out to the tune of $750,000. Who is going after these heathens and turn on their own?

I fail to see how two Dollar General clerks can be so accommodating while people who are supposed to serve us, making mega bucks from our tax dollars, are accommodating their own needs while abusers murder and steal from our elderly. I guarantee if my Dad had been accommodated for his disabilities he would not be dead and plundered. Those who commit these monstrous acts should be behind bars.

I hope the people of Logan County drop in at Dollar General and sincerely thank Diana and Erica for the extended help they gave me when I was stranded and alone. It will be my life’s mission to redistribute the salaries from those who are supposed to serve us but fail their duty and give it to the simple humble people who do the most from loving acts of kindness. We should all strive to exemplify God’s love like Diana & Erica and not discriminate. 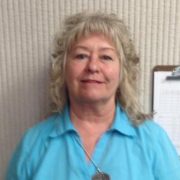 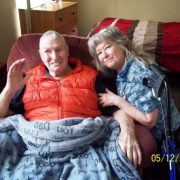