My name is Jo Anne, and I have a developmentally disabled brother, Bobby, who is living in a home in Decatur, IL.   Bobby is 79 years old. He is the nicest person I have known in my life, and we have always been close.    We are the only two immediate family members left.

I was Bobby’s guardian for over 20 years until I lost my federal job of 20 years. I lost my guardianship because of depression.     Our niece became his guardian in 2007, and the last 10 years has been a nightmare!

In all of our years, Bobby and I never had one problem…not one; but in 2007 that all changed.   I was served papers to take my guardianship, arrested, orders of protection and a restraining order served on me. Never before in my life had this happened to me.

I took Bobby everywhere so he could see and do things that we all take for granted. I took him to eat in nice restaurants, shopping and took him to stay with me when­ever I could.

I  have not been able to do this since 2007. I have spent one Thanks­giving and one birthday with him in all that time.

In 2011, I had filed a complaint with the Department of Public Health over what I felt was a violation of his rights.   Before I did this, I talked to a minister and several people.   Immediately after the investigation by DPH, I was banned from that home (Lincoln, IL at the time).     If it hadn’t been for an Ombudsman, I would not have been able to see him again.

In 2014, another complaint against that home was filed with DPH by an agency where I live. It was about another resident in that same home (not my brother) and they used my name. I was again immediately banned from seeing Bobby for over 2 years.

In October 2016, Bobby’s guardian moved him to Decatur. as the home he had been liv­ing in was being made into an 8-bed home (it had been a 16-bed home).    I wasn’t allowed to see him until February 2017 and am still having problems.      Both homes Bobby has lived in are  owned by the same person. On top of everything else, his things are being stolen (billfold, clothes, money, etc.). This move is going to isolate him even more from other family members who were seeing him.    The few times I have seen him, he kept telling me…”nobody is coming to see me.”

The last two weeks of October, Bobby had a chance to move back to Lincoln, but his guardian refused to do this. He is telling others that he wants to move back, but she is ignoring his wishes. She sent me a text on my phone that she is never mov­ ing him out of Decatur.

This is so wrong. These homes do not want anyone to see what is going on there.

Life is too short for this kind of behavior by this homeowner and this guardian.

I love Bobby more than anything, and I have wanted him to have what my other brother  (now deceased) and I had.   The way I see it, this guardian and this owner of these two homes has taken 7 years of our lives.   She has used this guardianship for retaliation, to ban members of the family from seeing Bobby, to control and do as much damage to me as she can.

I don’t know how to stop this.

My brother is getting older every day and so am I.   I don’t know how long either of us will live, but I do know time is running out, fast.  It’s so unfair to both of us, but especially Bobby who should have all the love in his life as possible. To deny him the presence and love of his only sister is wrong and harmful to him.  Guardians are supposed to encourage and support positive relationships, especially family relationships. He is a good brother and a good man and he deserves better. 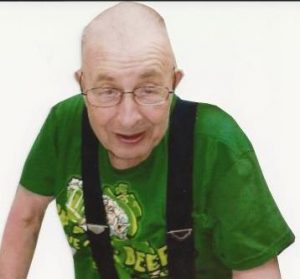 Bobby Teal passed April 7, 2019.  His sister, Jo Anne, misses him dearly.  She told NASGA time and time again that her brother was the nicest person she had ever known.  Godspeed Bobby.

My Mother – AR
Scroll to top