The unnecessary, painful, and torturous death of my dear Mother has begun what has so far become a five year journey for justice and accountability for her senseless death.

It is politics as usual in Illinois, but it has cost my mother her life. I am not kidding! This only child lost his mother in an Illinois probate court to estate conservation. Mother did not even receive a 2nd opinion from all her funds.

My Dad had a lifelong mental health disability for which he received a pension. His health deteriorated in the last two years of life with cancer and heart attacks. Mom had early stage dementia. When Dad had a heart attack, Mother was admitted to long term care from Dad’s hospital room. Mother entered the facility walking, talking, eating and going to the bathroom by herself. Prior to the facility, she ate breakfast out daily with friends who enjoyed her company. She had not been hospitalized in years. She liked to walk with company.

Dad was allowed, (encouraged….this is about money) to place a “Do Not Resuscitate” on Mom (clearly a violation of her human rights and a violation of IDPH’s own regs) on admission from his hospital room. It was witnessed by the long term care staff. He did not have POA and she did not have a living will. She was far from terminal as required. After admission, Mom was drugged with the anti-psychotic, Zyprexa, Its off-label, unapproved use for elderly dementia has been shown to cause death and stroke and is associated with difficulty in swallowing, dehydration and agitation. .

In addition, family, (NOT THIS ONLY CHILD) wanted Mom to have “the right to refuse to eat”. Elderly dementia patients need reminders to drink and several snacks throughout the day. This is tantamount to murder. I found Mother dehydrated and unable to eat, drink, walk or talk. I requested re-hydration and asked what if any new drugs she was on. I learned of the Zyprexa and requested it be removed. And I applied for guardianship and began the process of getting a second opinion. The guardianship, however, was awarded to a half-aunt because of health problems (surgery) I was recovering from at the time.

The half-aunt, promptly enrolled Mom (another human rights violation) in hospice and left her to die. I visited Mom and was shocked. Her belongings were missing, including false teeth and glasses. I knew something was terribly wrong but had no access to care records. Mom was admitted to hospice despite a supposed protection by the Office of Guardian against cessation of life sustaining measures without due process.

My half-aunt did not attend either of my parent’s funerals.

The unnecessary, painful, and torturous death of my dear Mother has begun what has so far become a five year journey for justice and accountability for her senseless death. 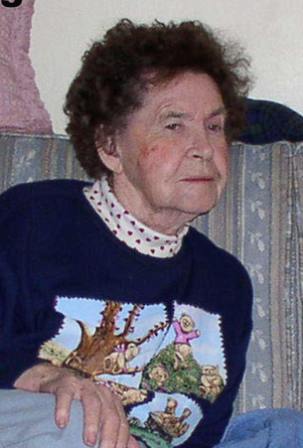