“The times, they are a changin”

Policymakers “get it.”  The deafening clamor for reform has been heard.

Supported decision-making is sweeping the nation and will eventually be in all state statutes.

The Uniform Law Commission revised the old uniform law (now called UGCOPAA – Uniform Guardianship, Conservatorship and Other Protective Arrangements Act) in 2017 to not only include principles of supported decision-making but to strongly remind the court that guardianships are supposed to be “limited.”

The NASGA~Falk Legislative Team has successfully passed bills in a growing number of states dealing with the #1 complaint we hear from our members:  unlawful isolation.

And now reformists are doing handstands in celebration of research and recommendations by the ABA Commission on Law and Aging with the Virginia Tech Center for Gerontology: Restoration of Rights in Adult Guardianship.

The problem of the severe lack of monitoring and oversight has led to the realization that some individuals (we don’t know how many) are trapped in guardianships (some for years or for the rest of their lives) because once guardianized, they have no means to hire a lawyer or to pursue getting their rights restored and their lives back. 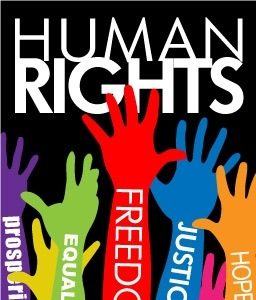 Guardianship was designed to be a matter of last resort – after everything else has been tried and failed.   The reason, as Money Magazine explained back in the late 80’s, is because guardianship is a double-edged sword. The noble goal of the proceedings is to protect, but removing rights subjects the so-called “protected person” to exploitation by his or her guardian, be that guardian a family member, lawyer, charity, professional or public guardian.

Another noble goal of guardianship is to protect people only to the extent they needed protection rather than control every aspect of their lives.   Guardianship was always designed to be “limited.”

But judges in general found it easier to just appoint a plenary guardian in case after case rather than take the time and effort to determine what the person subjected to guardianship or conservatorship could do for him/herself and what a guardian/conservator should control specifically rather than “everything.”

Opportunists ate all this up and guardianship wards have paid a dear price for the court’s “protection.”  It has become routine and accepted that the guardianship can and will devour the entire estate.  Overbilling, double billing, busy work, exorbitant fees, inciting litigation, etc. are the tools of guardianship used by unscrupulous guardians to financially exploit their easy and helpless prey.

A person may have long recovered from whatever caused the resultant guardianship.  Or maybe the person never needed a guardianship in the first place.  (Some people are guardianized as a means of financial exploitation.)   They languish and fall between the cracks because the courts aren’t as interested in getting a person out of guardianship as they are in putting a person in.

Restoration – hope – is finally on its way.

It’s not as easy as just reviewing the files and deciding so-and-so should have his/her rights restored.  It involves changing the mindset of the court.

That’s our biggest hurdle:  the mindset of the courts.    But advocates have taken on hurdles before and while they slow us down, they don’t stop us!

As we celebrate the push for restoration of rights, remember many victims of guardianship abuse have lost everything, or nearly everything, they’ve worked a lifetime to attain.  When their rights are restored, their home which was sold to feed the guardianship is not restored to them. The thousands, and sometimes millions, of dollars in their bank account before guardianship is not restored to them.  Their car, their personal belongings, their credit score, their wardrobe, etc. — all gone.

How are these individuals supposed to be able to support themselves from the day their rights are restored forward?

The system failed them and we believe once their rights are restored, the system owes them.