Mama (Margaret Cook) was a 82 year old woman living in her own home with her daughter, visiting her friends every afternoon, going to exercise class twice a week, going to doctor appointments once a month for various check ups and had a CNA coming in 5 times a week to help with her bath.

Unfortunately because of  a lifetime of second hand smoke, Houston air pollution, allergies and a deviated septum she needed a cleanable house. She also had osteoarthritis in both knees and was not a candidate for knee replacements.

She owned 3 houses; and I was trying to move her to the house that had a bathroom big enough to accommodate a wheelchair and an attendant. This house also had a fairly new HAVC system with new duct work. It was also easy to get her out of it in case of fire. Every room had at least 2 or 3 escapable doors and or windows. It had a fenced yard for our pets. The house was also close to our local hospital, some of her childhood friends and help for me (the caregiver).

My brothers and sister (who have never done anything to help me with caregiving duties -except to criticize my efforts) went into orbit and without consulting me – took out a guardianship on her. Of course, I tried to fight it – with no success.

The GP alleged doctor who signed the papers said she needed it because “her children could not get along.”

Anyway, they made all kinds of promises about how they were going to move into the house and take care of her. She would have real nurses looking after her and a social life! She would live in her sons’ home and go to day care.

On June 1st 2013, I put her in their truck to go to lunch with her sons.  Three hours later I, opened the front door to find a local police officer with his hand on his holster (gun or stun gun I am not sure) demanding Mama’s pill pack.

Mama was going to Dallas to visit her son. I was not allowed to pack her underwear, night gown, toothbrush or anything else!

I did get a few minutes to say good-bye to her and she looked awful! One eye was bulging, her skin was grey and covered in sweat. She did not look at me but did tell me that she was going to visit her son.

I rushed into the house, as soon as the police left, and called her attorney ad litem to have her brought back and taken to the emergency room but he said it was the week end and he would deal with it on Monday.

She spent about 30 days living with my brother, his 3 dogs,  girlfriend and her 2 boys (7 and 10, I think) and then was taken by ambulance to the hospital. I managed to get a hold of a nursing supervisor and told her the sad story and Mama ended up in Emeritus at Vickery Towers in Dallas Texas — and later moved to Brookdale at White Rock.

I tried on several occasions to communicate Mama’s health issues but all anybody can remember is Mama has dementia and she was put in a lock down unit for her “protection.”.

She has been moved twice and changed doctors (again) and I think that she is now in Hospice care.

I don’t know- the facilities will not talk to me and my brother doesn’t answer my phone calls. I have gone back to my lawyer, the judge and the attorney ad litem, trying to get information or assistance for my Mama- without success.

I have had the cops called on me 6 (or 7 times) now, bankrupted myself trying to help this poor woman.

It has been traumatic watching them haul off all of her possessions – God only knows where – and trying to protect her home from vandals. And of course I have been called all kinds of derogatory names  (SOP I am learning.).

She doesn’t have her glasses or hearing aids- so communicating with her has been impossible. I do send letters and cards four or five times a week and (after I threatened to call the Justice Department under the Civil Rights Act of Institutionalized Persons 1980) the staff is sure to read them to her.

After 12 years, as family caregiver, I am trying to re-start my life at age 57 without a car or home of my own and I am destitute.

I have a hearing coming up in June to renew her Guardianship and am looking frantically for any kind of assistance!

I hope that this organization can do something to change this insane system because I am sure that after these “loving caring” family members get through with Mama, I will be next. There is never enough Money for this type of person. 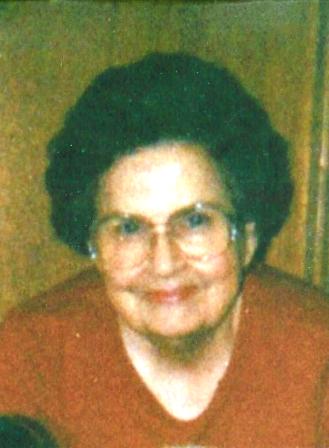