Stripped of All Power

The Deception of Protection

Guardianship law is not uniform from state to state, despite the hard work of the Uniform Law Commission whose goal is uniform guardianship law nationwide.   Some states have strong protective statutes; and others do not.  Some states are blazing the trail toward reform; and many are still in the dark ages but beginning to see light.

Enforcement of the law is another issue.  Having strong laws doesn’t automatically mean those laws will be followed.  We must protect and advocate for our own rights and the rights of our loved ones.   It is essential each and every one of us read our state guardianship laws and become familiar with them so we know our loved ones’ rights (and ours) and can insist those rights be followed.

It is equally important that the public joins in a collective voice to insist guardianship and conservatorship law be reformed to return it to its original noble purpose and protect it from opportunists who misuse the law for their advantage at the expense and detriment of our elderly and/or disabled loved ones.  Get involved…..inform your friends about guardianship abuse….reach out to your elected representatives and make this issue important to them … join NASGA and help us work on a national level….be proactive part of the collective voice.

Although some states are blazing a new trail with statutory “Bill of Rights” for wards, sadly, here’s what’s currently happening in many or even most states to Wards of the State under the control of abusive guardians: 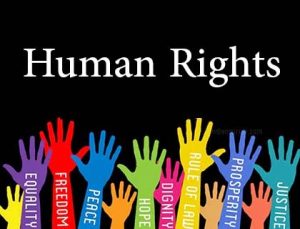 Individuals in and unlawful or abusive guardianship are often …

It’s important to realize that the removal of some or most of the above fundamental rights above can be necessary to protect the person in guardianship and/or conservatorship from inadvertently harming someone or harming him/herself.

At the same time, guardianship was always designed to be limited in nature.  Only those rights essential to protection were supposed to be removed.  Over the years, courts just found it easier to remove all rights instead of taking the time to determine which rights should be removed and which should be retained, case by case.

Admitted and convicted serial killers have more protections and fundamental rights than “protected” wards of the State.